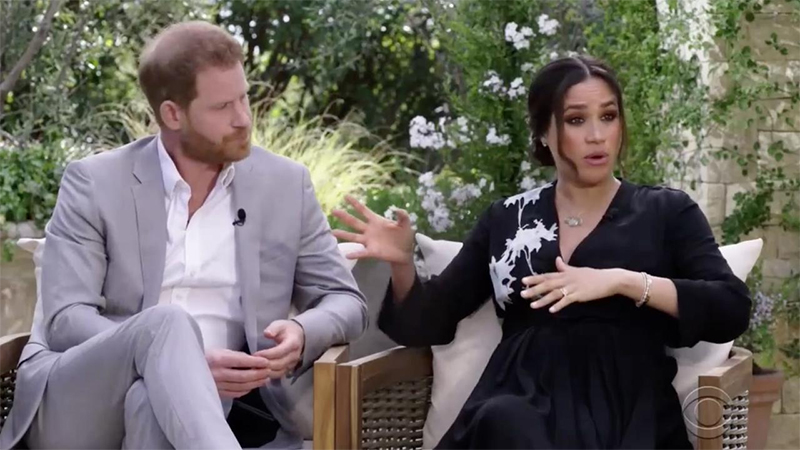 There is a long and not-so-glorious history of royal siblings being pains in the a**e: The Queen’s first few years in the job were blighted by Princess Margaret’s romantic carryings on; their father George VI only ended up on the throne, much to his misery, because his brother Edward VIII was hooked on the viperous Wallis Simpson; and both Elizabeth I and Henry I went so far as to orchestrate the deaths of their sister and brother, respectively.

However, no relation of a member of the royal family has caused as much tumult, spawned so many headlines, or made such a tabloid spectacle of herself as Samantha Markle, the older half-sister of Meghan, Duchess of Sussex.

Samantha, 57, is currently suing her sibling in a Florida court, alleging that the Duchess told untruths during her interview with Oprah Winfrey last year.

In March, when the case was filed, lawyers for Samantha claimed that Meghan had told “false and malicious lies” about her “rags-to-royalty” journey and contested the former Suits star’s declaration that she “grew up as an only child”.

On Wednesday, lawyers for Meghan denied she had lied during the sensational TV interview, saying that her “only child” assertion was “not meant to be a statement of objective fact that she had no genetic siblings or half-siblings. Rather, it was a textbook example of a subjective statement about how a person feels about her childhood.”

Oh boy. La famille Markle is a doozy, a clutch of scattered relatives form Oregon to Mexico who have done everything from market a strain of weed to staging paparazzi photos to squeeze every last dollar and drop of publicity out of their connection to the Duchess. It is impossible not to feel sympathy for her being stuck with this grasping lot.

However, one unfortunate side-effect of this case and this week’s legal toing and froing is that it has renewed focus on the fact that, on occasion, Meghan has said things which were later found to not exactly hold water.

Samantha’s case is focused on the interview that Meghan and Harry gave talk show titan Winfrey in March last year, in which they aimed both barrels at the palace.

The phrase ‘jaw-dropping’ gets dragged out with grating ubiquity, a writerly sin I have been guilty of on occasion, but the Sussexes’ litany of claims were quite literally that. Wide-eyed, mouths agape, jaws perilously close to hitting the floor, global audiences watched on as the Duke and Duchess laid out a series of truly shocking charges against his family, interspersed with the sort of sensational revelations that any tabloid editor worth their incipient gout would kill for.

But to a lesser degree, what the two-hour confessional is also remembered for is that it included several assertions that were later found to not entirely stack up.

Take the big day that wasn’t.

“Three days before our wedding, we got married,” Meghan told Oprah while they fed the family’s chickens. “No one knows that. But we called the Archbishop, and we just said, ‘Look, this thing, this spectacle is for the world, but we want our union between us.’ So, like, the vows that we have framed in our room are just the two of us in our backyard with the Archbishop of Canterbury.”

Only problem, later the same month the Archbishop pushed back, saying that while he had “had a number of private and pastoral meetings” with the couple before their big day, “the legal wedding was on the Saturday” – that is, the one we all watched on the telly.

Then, there was the streaming question. Harry at one point said, “Netflix and the Spotify, … that was never part of the plan,” with Meghan adding, “We didn’t have a plan.”

Subsequently the UK Telegraph has reported that the couple “had a series of meetings” with the short-lived streaming service Quibi in 2019. Later, the paper also reported that the Duchess of Sussex had been “in discussions with Netflix about her animated television series [Pearl] in 2018, when she was still a working member of the royal family.”

Then there is the question of their son Archie, his lack of title and security.

Oprah asked Meghan during a discussion about titles, “Having the title gives you the safety and protection?” to which she agreed.

The sticking point here is that simply being a prince or princess or an HRH does not automatically guarantee around-the-clock bodyguards. Only one of the Queen’s children has that level of protection – Prince Charles – while Prince Andrew, Princess Anne and Prince Edward only get security when they are undertaking official duties.

Likewise, only one of Her Majesty’s seven adult grandchildren, Prince William, has full-time bodyguards and while Princess Beatrice and Princess Eugenie might be ‘blood princesses’ and HRHs to boot, since 2012 they have not had official protection officers.

This week, lawyers for Meghan filed paperwork for Samantha’s case to be dismissed, however there is one striking detail in all of this that has largely been ignored. Samantha is seeking $107,000 ($US75,000), that is, nearly exactly the same figure as the cost ($108,000) of all the new pieces of clothing Meghan debuted in 2021.

I know, I know, it’s the principle of the thing. But after years of family feuds, and given the stress, cost and all-round anxiety of being dragged through the courts, why not pay the rabble-rousing Samantha off?

Surely if there is one thing that Harry and Meghan have in limited supply, it is peace. The Duke is currently taking legal action against the Home Office over the decision for his official police protection in the UK to be removed; their relationship with his family is famously fraught; their US lives now see them more regularly snapped by the paparazzi and last weekend it was revealed the family had two intruder scares within just 12 days at their Montecito mansion.

Harry and Meghan now have the family, life and careers they fought so hard for. Maybe one day we will also get to a place where a month can go by without one or both of them embroiled in some sort of courtroom drama. Dare to dream, right?