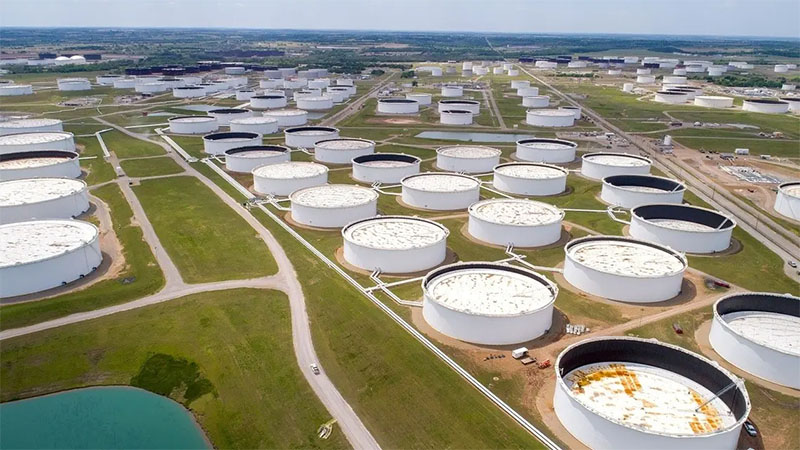 Oil prices edged up on Wednesday on expectations that easing COVID-19 restrictions in China will push up demand and as industry data showed drawdowns in US crude inventories.

The authorities allowed 864 of Shanghai’s financial institutions to resume work, sources said on Wednesday, a day after the Chinese city achieved a milestone of three consecutive days with no new COVID-19 cases outside quarantine zones.

“Less awful news on China offers a nip in the tail in the form of much higher oil demand and prices, which is positive for producers, but harmful for consumer sentiment,” Stephen Innes, managing partner at SPI Asset Management, wrote in a note.

Raising supply concerns, US crude and gasoline stocks fell last week, according to market sources who cited American Petroleum Institute figures on Tuesday. Crude stocks fell by 2.4 million barrels for the week ended May 13, they said.

US government data is due on Wednesday.

“Soaring diesel and distillate prices, along with tight crude stocks is supporting WTI and I believe that situation will limit the downside from here in oil prices over the next few sessions,” OANDA senior analyst Jeffrey Halley said.

But prices could still face some pressure after reports that the United States was allowing Chevron Corp to negotiate oil licenses with Venezuela’s national producer, temporarily lifting a US ban on such talks that could lead to more crude hitting the market, ANZ Research analysts said.

The European Union’s failure on Monday to persuade Hungary to lift its veto on a proposed embargo on Russian oil could also weigh, although some diplomats expect agreement on a phased ban at a summit at the end of May.

For the economic outlook, US Federal Reserve Chairman Jerome Powell on Tuesday said the central bank would ratchet up interest rates as high as needed to stifle inflation that he said threatened the foundation of the economy.

McDonald’s to sell its Russian business, try to keep workers