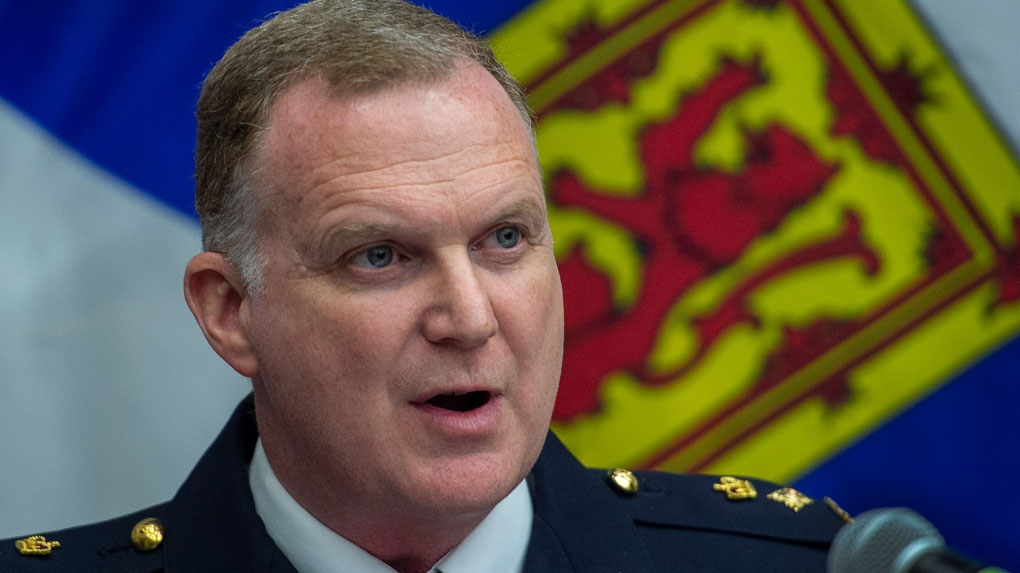 HALIFAX – The inquiry investigating the Nova Scotia mass shooting wants to know why the federal Justice Department withheld notes written by a senior Mountie for several months — and if there’s more revelations to come.

“The commission sought an explanation … about why four pages were missing from the original disclosure,” Barbara McLean, the inquiry’s director of investigations, said in an email Friday.

“The commission is also demanding an explanation for any further material that has been held back.”

On Tuesday, the inquiry released internal RCMP documents that include notes taken by Supt. Darren Campbell during a meeting with senior officers and staff on April 28, 2020 — nine days after a gunman killed 22 people in northern and central Nova Scotia.

At the meeting, the head of the RCMP, Commissioner Brenda Lucki, said she was disappointed that details about the firearms used by the killer had not been released at previous news conferences in Halifax, according to Campbell’s notes.

Campbell alleges that Lucki said she had promised the Prime Minister’s Office that the Mounties would release the descriptions, adding that the information would be “tied to pending gun control legislation that would make officers and public safer.”

The superintendent’s notes sparked controversy in Ottawa earlier this week, when the opposition Tories and New Democrats accused the governing Liberals of interfering in a police investigation for political gain — assertions denied by the government and Lucki.

Meanwhile, the commission of inquiry confirmed Friday that the Justice Department sent 132 pages of Campbell’s notes in February 2022, but they did not include his entries about the April meeting.

The missing notes were submitted to commission on May 31.

McLean says the commission is seeking assurance that nothing else has been held back, and she complained about RCMP documents that had already been disclosed.

“These documents have often been provided in a disjointed manner that has required extensive commission team review,” McLean wrote in her email. “Our team continues to review all disclosure carefully for any gaps or additional information required to fulfil our mandate.”

Michael Scott, a lawyer whose firm represents 14 of the victims’ families, said he’s concerned about the document delay.

“Any time documents are either vetted, redacted or withheld in a way that’s not entirely appropriate, it entirely undermines the process as a whole,” he said in an interview Friday.

Scott said that on top of having to read thousands of pages of records, transcripts and notes submitted to the inquiry, “now we have to be concerned we’re not getting all the documents.”

Kent Roach, a University of Toronto law professor, said delays in receiving information from the RCMP means the inquiry is left to grapple with important issues late in its mandate. The inquiry’s final report is due Nov. 1 and all submissions are expected by September.

“It’s unfortunate because public inquiries need the full documentary record as quickly as possible so they can make decisions on what to look at and what to not look at,” said Roach, author of “Canadian Policing: Why and How It Must Change.”

“If the mass casualty commission had known about this earlier, it might have decided to conduct its hearings and research in a different way,” he said Friday.

The professor said the comments from Campbell raise questions about the structure of the RCMP, and its competing mandates of being both a local and nation police force whose commissioner serves “at the pleasure” of the minister of public safety.

“My concern is that the citizens (of Nova Scotia) seem to be on the sidelines while there is tension and squabbling between RCMP Nova Scotia and RCMP Ottawa,” he said.

The Canadian Press requested comment from the RCMP, but a response was not immediately available.

Campbell said in an email that he would not comment. He said he is waiting to be interviewed by the commission.

“My interview has been scheduled and it will take place in the very near future,” he wrote.

“I also expect to be called to the Mass Casualty Commission as a witness sometime near the end of July and I look forward to both opportunities. As such, it would be inappropriate for me to make any public comments prior to giving evidence under oath.”

Nearly all of B.C. under weather advisory amid first heatwave of the summer