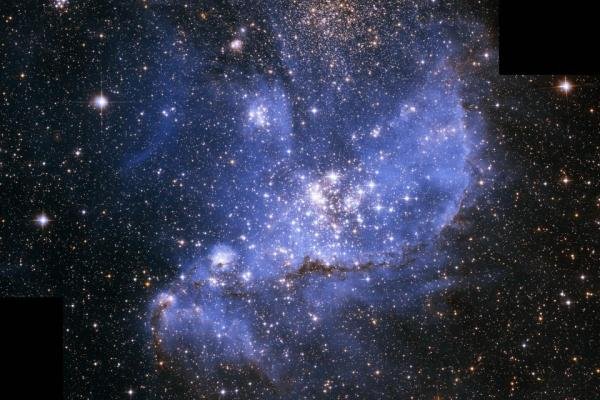 An astronomer in Australia has published a new map of the cosmos’ high-velocity gas. It’s the most detailed map ever of the universe’s fast-moving molecular clouds.

The new map — published in the Monthly Notices of the Royal Astronomical Society — covers the entirety of the sky and reveals the location of cosmic clouds moving faster than the natural rotation of the Milky Way.

Some 13 percent of the sky hosts high-velocity gas.

“These gas clouds are moving towards or away from us at speeds of up to a few hundred kilometers per second,” Tobias Westmeier, an astronomer at the University of Western Australia, said in a news release. “They are clearly separate objects.”

The map was created through subtraction instead of addition — by deleting all of the gas clouds moving at the same speed as the rest of the Milky Way. The method of addition by subtraction yielded never-before-seen details.

“Starting to see all that structure within these high-velocity clouds is very exciting,” Westmeier said. “It’s something that wasn’t really visible in the past, and it could provide new clues about the origin of these clouds and the physical conditions within them.”

Westmeier compiled the map using data collected by the HI4PI survey, which combined the observations of CSIRO’s Parkes Observatory in Australia and the Effelsberg 100m Radio Telescope in Germany.

Only one of the fast-moving clouds is known by astronomers. Astronomers have previously studied the lengthy trail of gas clouds known as the Magellanic Stream.

“But all the rest, the origin is unknown,” Westmeier said.

The new map, which includes new details about how far away different clouds are, could help scientists figure out the origin and nature of the high-velocity gas.

“We now know that the clouds are very close to the Milky Way, within about 30,000 light years of the disc,” Westmeier said. “That means it’s likely to either be gas that is falling into the Milky Way or outflows from the Milky Way itself. For example, if there is star formation or a supernova explosion it could push gas high above the disc.”