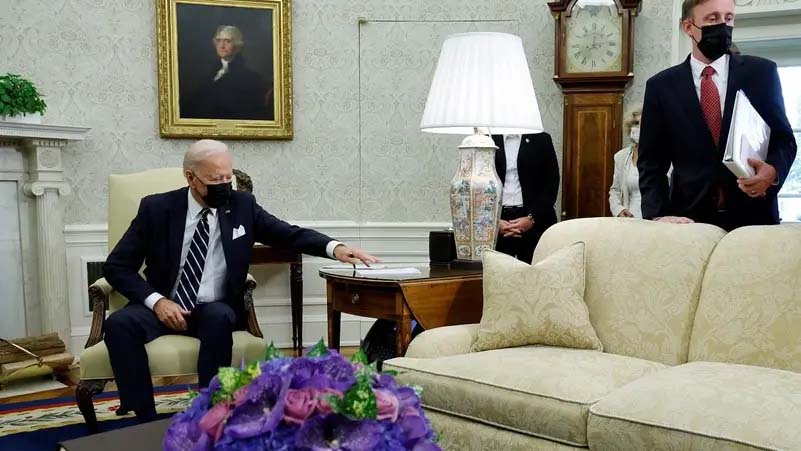 The US military on Tuesday night announced airstrikes on infrastructure facilities used by groups affiliated with the IRGC, the US Central Command (CENTCOM) said.

The strikes were in response to an August 15 against US troops in Syria.

A US response to the attack was discussed during a national security meeting in the Oval Office on Tuesday, August 16, the senior administration official told Al Arabiya English.

Last week and over the weekend, National Security Advisor Jake Sullivan kept Biden apprised as the options were being developed.

Secretary of Defense Lloyd Austin and the top US military general, Gen. Mark Milley, briefed the US president on options on Monday, August 22.

“The President ordered the strike after that briefing,” the US official said.

Despite Washington and Tehran inching closer to a nuclear deal, US officials have said the United States would continue to protect US personnel and confront Iran’s activities that jeopardize its safety.

“The nuclear deal has nothing to do with our readiness and ability to defend our people and our interests,” an administration official said. “We took this action because the President determined it was in our national security interest to do so. He will continue to closely monitor the situation together with his national security team.”

Biden to cancel up to $10k in federal student loan debt