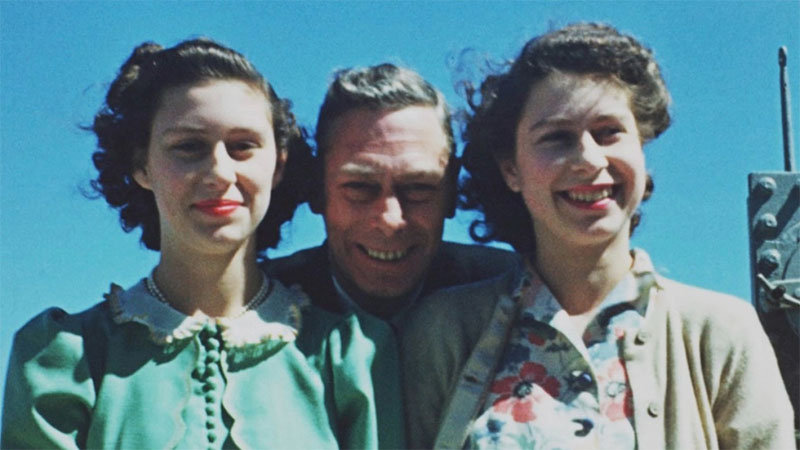 Ahead of her Platinum Jubilee celebrating 70 years on the throne, a new documentary has shared previously unseen footage of the early days of Queen Elizabeth II, several years before her coronation.

From the BBC, “Elizabeth: The Unseen Queen” includes clips of the then-princess in 1947, sailing to South Africa aboard the HMS Vanguard with her sister, Princess Margaret, father, King George VI, and mother.

“I and all my family have always felt that one of our most important duties is to express in our visits overseas the goodwill of our country towards friends abroad, near and far,” Elizabeth is heard saying in the film.

Another clip, taken in the late 1930s, shows the family at Balmoral Estate in Scotland.

“Families so often treasure their routines and embrace the roles, traditions and values that mean so much to us,” the Queen says as the footage plays. “I see it in my own family and it is a source of great happiness.”

The documentary clips were previously kept in the vaults of the British Film Institute and come as the United Kingdom and its Commonwealth celebrate a feat no other British monarch has accomplished — seven decades on the throne.

To mark the Queen’s Platinum Jubilee, there will be an extended holiday weekend in the United Kingdom from June 2 to 5.

“I just think it’s an amazing thing that the Queen’s been on the throne for 70 years, it’s quite historic,” said Susan Marsay.

“We’ve come from Yorkshire, just to see all the bunting and all the excitement because I just think it’s a fantastic achievement for our country.”