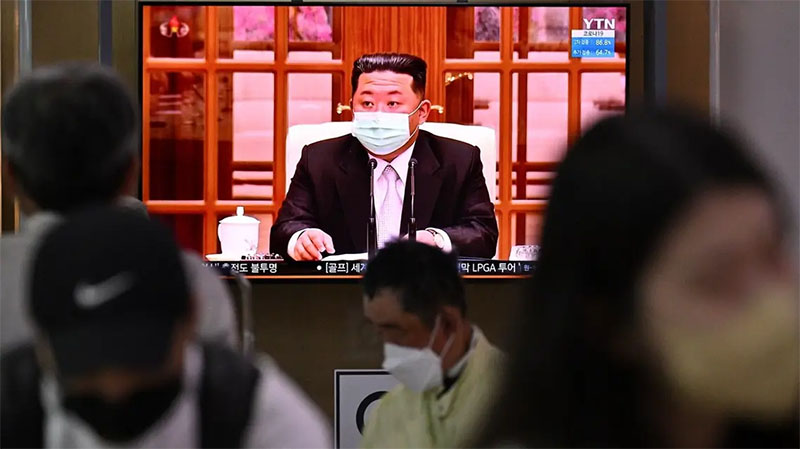 Two weeks ago state media revealed the outbreak, fueling concerns about a lack of vaccines, medical supplies and food shortages.

Chinese data show that even before that announcement, the North had begun stocking up.

North Korea is not known to have conducted any significant COVID-19 vaccine campaign. In February, however, China exported $311,126 worth of unidentified vaccines to its neighbor, according to the data released this month.

China reported no other vaccine exports to North Korea for any other month this year, or all of last year.

From January to April, the last month for which data is available, the North bought more than 10.6 million masks from China, having bought none in December 2021.

In those four months, China also exported nearly 95,000 thermometers, more than 33 times than the total amount of 2021.

China exported 1,000 non-invasive ventilators to North Korea in April, worth $266,891, as well as laboratory supplies that could be used in COVID-19 test kits. Other medical imports included rubber gloves and protective clothing.

Overall, China’s exports to North Korea hit $98.1 million in April, the highest since January 2020 when the figure was $186.8 million.

North Korea shut its borders to nearly all trade for most of the pandemic, only recently allowing a trickle of supplies and products into the country on trains and ships from China.

Rescuers close to plane that crashed in Nepal with 22 aboard