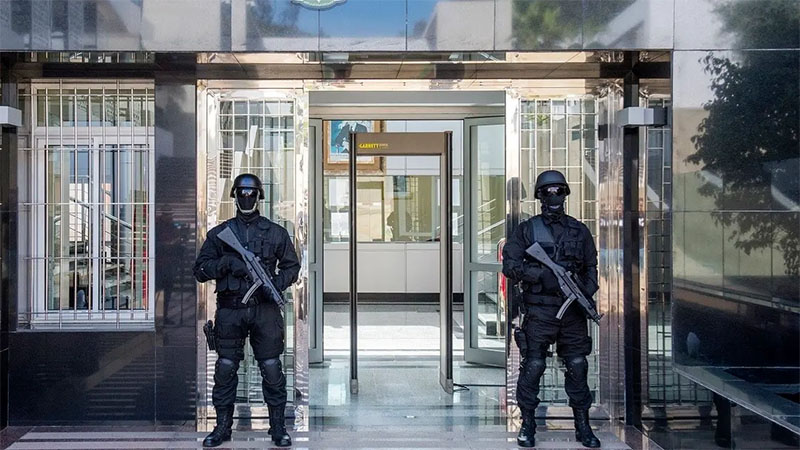 Moroccan police said Friday they had arrested a suspected ISIS group member, in cooperation with the US Federal Bureau of Investigation, who was implicated in plotting “acts of terrorism.”

The announcement came ahead of the opening next Wednesday in the Moroccan city of Marrakesh of a conference of member countries in the US-led coalition against ISIS.

The suspect, based in the kingdom’s northeastern Berkane region, was implicated in the “preparation of a terrorist plot aimed at delivering a serious blow to public order,” Morocco’s counterterrorism police, the Central Office of Judicial Research, said in a statement.

“The outlines of his terrorist conspiracy were unmasked on the basis of research and technical investigation carried out jointly with the FBI,” it added.

This operation “is further evidence of the persistent dangers of the terrorist threat that hangs” over Morocco and “the importance of bilateral cooperation… with the United States in the fight against terrorism.”

The suspect, a 37-year-old engineer, “ran a closed user group dedicated to extremist goals and projects and aimed at recruiting and drawing in sympathizers,” the statement said.

His objective was to carry out attacks against Moroccan and foreign dignitaries on Moroccan soil, it alleged.

Morocco has been spared the extremist violence that has shaken other Middle East and North African countries in recent years but the security services regularly report arrests of suspects in operations targeting militant cells.

Since 2002, the police say they have arrested more than 3,500 suspects in terrorism-linked cases.