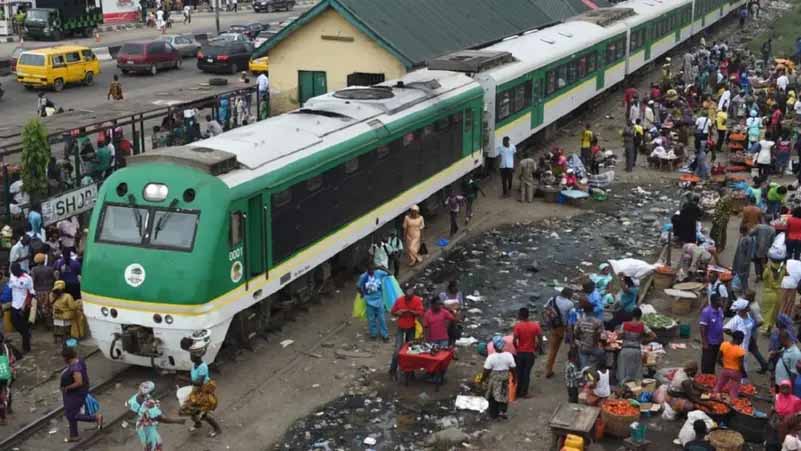 Gangs of bandits with no ideological or religious motives are known to kidnap for ransom in northwest and central Nigeria.

Tukur Mamu, who is not affiliated with the government but negotiated the deal to release the hostages, said the group, which included six men and a woman, were freed on Saturday as they required “urgent medical attention.”

“Seven more hostages were released yesterday… one of them is a Pakistani expatriate, the only foreigner among the hostages,” he told AFP. “Eighteen hostages have been released through negotiations I spearheaded, while 44 remain in captivity,” he added.

Mamu, a publisher of local news magazine Desert Herald in the northern city of Kaduna, was contacted by the gunmen to broker negotiations for the hostages.

On March 28, armed men blew up a train travelling between Abuja to Kaduna and opened fire, killing eight people, wounding 26 and taking an unspecified number of passengers hostage.

A week later, they freed one hostage — a top bank executive — as a goodwill gesture for Ramadan, the Muslim holy month of fasting, because of his “advanced age.”

Mamu and security sources said Ansaru, a Boko Haram breakaway faction, was behind the train attack.

Last month, Mamu facilitated the release of the first set of 11 hostages in exchange for eight children belonging to the train attackers, after a month-long back-channel negotiation.

Mamu claimed no ransom was paid for the release, saying he only made “passionate and sustained appeal” to the captors because of the deteriorating health of the hostages.

“The captors had earlier threatened to start executing the hostages in response to government’s failure to negotiate with them and meet their demands,” he said.

The demands included the release of 16 of the group’s commanders in jail, including its leader Khalid Barnawi, who is serving a life sentence.

Ansaru split from mainstream Boko Haram in January 2002, but a security crackdown led to sweeping arrests of high-profile commanders.

The faction has staged a comeback, with Nigerian authorities confirming the group’s increasing alliance with bandits in Kaduna state’s Birnin Gwari district.

It was not clear how many Ansaru commanders were among the freed prisoners.