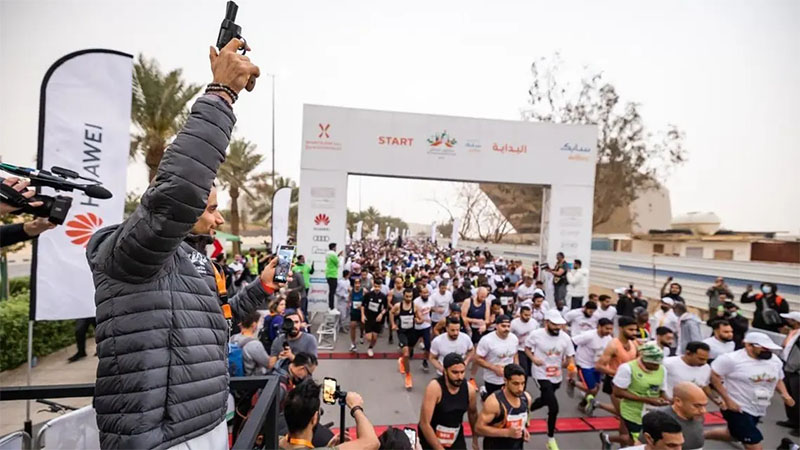 More than 10,000 people from Saudi Arabia and around the world took part in the Riyadh Marathon on Saturday, according to the Saudi Press Agency (SPA).

It was the first official full marathon to be held in the Kingdom, according to the official website, and was organized by the Saudi Sports for All Federation. A half marathon was held in 2018.

The 42-kilometer race began at King Saud University at 6.15 a.m. and passed through the historic district of Diriyah, before runners made their way down Prince Mohammed bin Salman Road, and through the King Abdullah Financial center before returning to the university.

Saudi runners made up 57 percent of those participating, although athletes from Ethiopia took first place in both the men’s and women’s professional categories.

Prize money worth $500,000 (two million riyals) was given to race winners.

“Through the continuous and unlimited support from our leadership His Majesty Custodian of the Two Holy Mosques and His Royal Highness the Crown Prince, Saudi Arabia has been able to become one of the world’s leading sport destinations,” Prince Abdulaziz added.