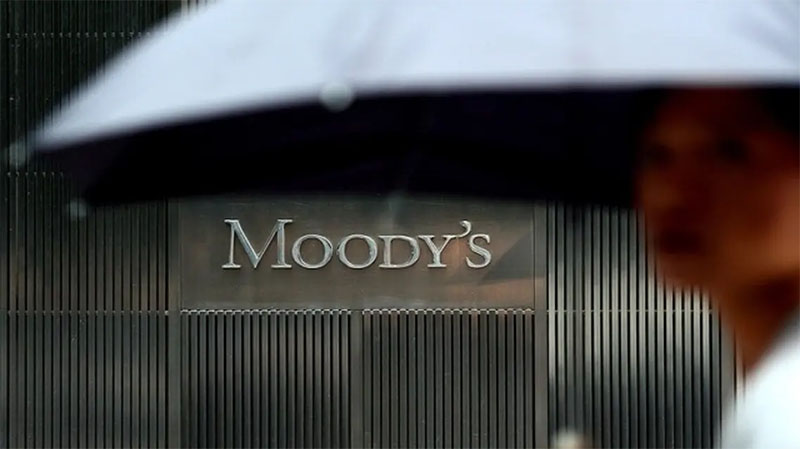 Moody’s Investors Service downgraded its outlook on Pakistan to negative from stable, citing financial concerns that includes a delay in the revival of International Monetary Fund’s bailout.

The rating agency’s decision is driven by Pakistan’s heightened external vulnerability risk and uncertainty around its ability to secure additional external financing to meet its needs, Moody’s said in a statement.

It left the credit assessment for the nation at B3, a junk rating.

Pakistan has seen its finances deteriorate amid heightened global uncertainty and political turmoil.

It is looking to secure an agreement with the multilateral lender to access the remaining $3 billion of an existing loan and unlock funds from other sources to avert a default.

The country needs about $36 billion in financing for the fiscal year starting July.

“Pakistan’s external vulnerability risk has been amplified by rising inflation, which puts downward pressure on the current account, the currency and – already thin – foreign exchange reserves, especially in the context of heightened political and social risk,” said the statement.

Pakistan’s headline inflation quickened to the highest level in more than two years in May, while its currency is down about 10 percent this year, making it the worst performing currency in Asia.

Its foreign exchange reserves have dropped by more than half to about $10 billion in the past year, that’s enough to pay for less than two months of imports.

Pakistan’s weak institutions and governance strength adds uncertainty around the future direction of macroeconomic policy, including whether the country will complete the current IMF program, Moody’s said.

It has, since then, been under pressure with Khan holding protests in different cities and drawing large crowds amid citizen’s anger on Asia’s second fastest inflation.

The new government’s recent decision to raise fuel prices, as part of efforts to meet conditions set by the International Monetary Fund to revive a stalled aid program, could further stoke price gains.

Gas prices expected to jump to a record high over the weekend: expert