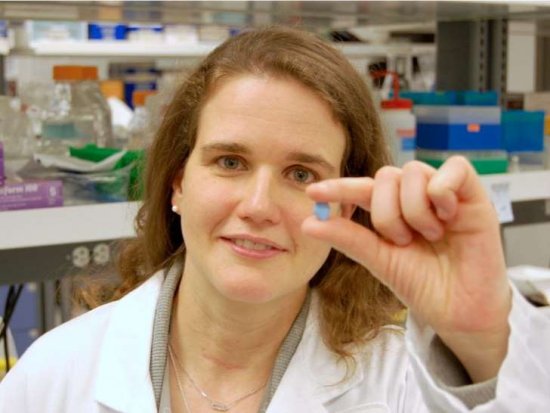 In a new twist on uses for Viagra, doctors at the Montreal Children’s Hospital are giving some preemies the medication as part of a highly promising clinical trial.

Yes, you read that correctly.

Although the diamond-shaped blue pill has long been marketed for male impotence, pediatricians have also been using it for more than a decade to treat pulmonary hypertension in infants. And a team of doctors at the Montreal Children’s is now testing it on premature babies suffering from birth asphyxia — a rare condition in which the brain is deprived of oxygen, causing learning and developmental difficulties.

The team has already proved that sildenafil — sold under the brand name of Viagra — can repair brain damage in lab rats born with the same condition. The results were so compelling that the researchers, led by neonatologist Pia Wintermark, applied for and obtained Health Canada approval to test the safety of the drug on infants in a Phase 1 clinical trial.

“We tested the Viagra on the lab animals, and it seems to repair the damage, increase the number of neurons, decrease the inflammation and improve the myelination, how the cells become specialized.”

Wintermark and her colleagues at the Research Institute of the MUHC have shown that MRI imaging can pinpoint brain damage in a baby that is only two days old, in contrast with the norm of waiting 10 days. And it’s at Day 2 that preemies with asphyxia are being administered a liquid dose of the drug through their tiny stomachs.

At present, there is only one treatment for birth asphyxia: inducing hypothermia — literally, cooling the infant’s body to 33.5 degrees Celsius so the brain can rest. But that treatment curbs neurological damage in just one out of seven babies.

How Viagra might help the brain repair itself is still a mystery to researchers. For now, the team plans to recruit 20 infants for the randomized study — with half the preemies receiving the drug and the other half getting a placebo. To date, three babies have participated.

“One of the good things about sildenafil is it’s very cheap,” Wintermark said. “So if it works it could be used everywhere in the world.”

Birth asphyxia occurs in about four of out of 1,000 full-term births, and is more common when babies are born prematurely. The ensuing brain damage can lead to learning and development disabilities, cerebral palsy and even death.

Despite its promise, Wintermark emphasized that using Viagra would not reverse totally the effects of brain damage. Rather, it would likely lessen some of the long-term complications associated with the most severe cases.

And even if the drug’s use is found to be safe, it would have to be tested again a multi-site trial. For that to happen, more research funds would be needed.

“It’s been a long journey,” Wintermark said. “We’ve had a few jokes along the way when we presented our research because that’s the main reaction — that we’re not using this drug for its main use. Yes, it is an interesting side effect.”