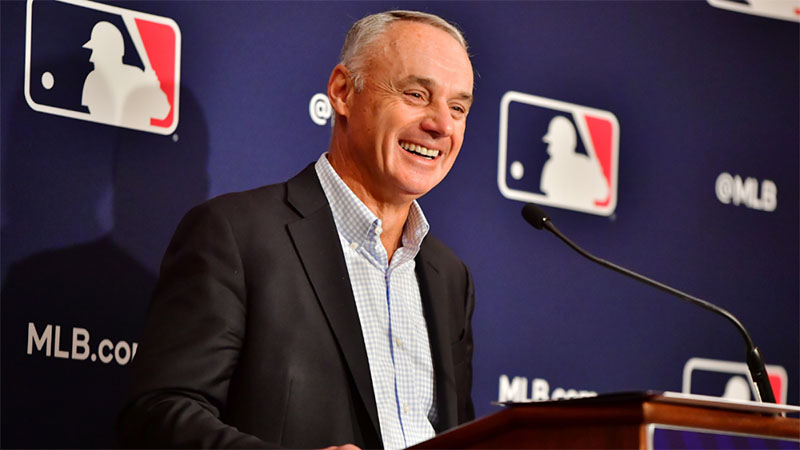 Major League Baseball has reached an agreement over a five-year deal with the Players’ Association to end the second-longest stoppage in its history.

A full season will begin on 7 April, with training camps open from Sunday.

MLB locked out its players in December after talks failed and cancelled the opening two weeks of the 2022 season, which was due to start on 31 March.

MLB Commissioner Rob Manfred said he was “genuinely thrilled” by the breakthrough in negotiations.

MLB Players’ Association director Tony Clark said: “Our union endured the second-longest work stoppage in its history to achieve significant progress in key areas that will improve not just current players’ rights and benefits, but those of generations to come.”

The new labour pact includes increased minimum salaries for players, as well as a raise in the league’s competitive balance tax – which works like a salary cap.

This year marked the first time there have been missed MLB games because of a labour dispute since the players’ strike of 1994-95.

To make up for the opening games cancelled, double-headers will be added to the schedule to complete a regular 162-game season.