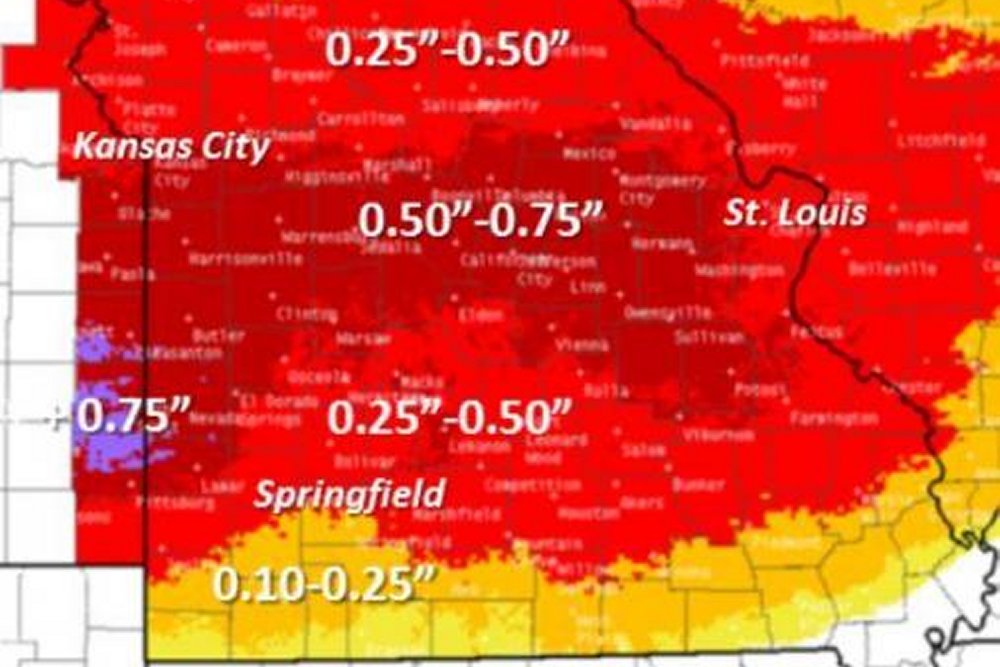 Missouri’s governor activated the National Guard as the state prepares for an ice storm that could cover roads with nearly an inch of ice.

Gov. Eric Greitens said the state’s Department of Transportation is pre-treating roads, but warned against all travel as he activated the National Guard and opened an emergency center in Jefferson City, the state capital.

In a statement Thursday, Greitens urged residents to stock up on food, medicine and other essentials, then stay home through the weekend.

The winter storm could bring up to three-quarters of an inch of ice to Missouri through the weekend. The National Weather Service issued an ice storm warning for the St. Louis metro area from 9 a.m. Friday to noon Sunday.

Chip Tynan of the Missouri Botanical Garden noted that a half-inch of ice can easily bring down tree branches, telling the St. Louis Post-Dispatch, “I’ll be very happy if that’s all we get, but anything like a half-inch inch or greater isn’t going to be a pretty sight. A lot will depend upon the wind. Icy branches whipping around will bring down more branches and power lines.”