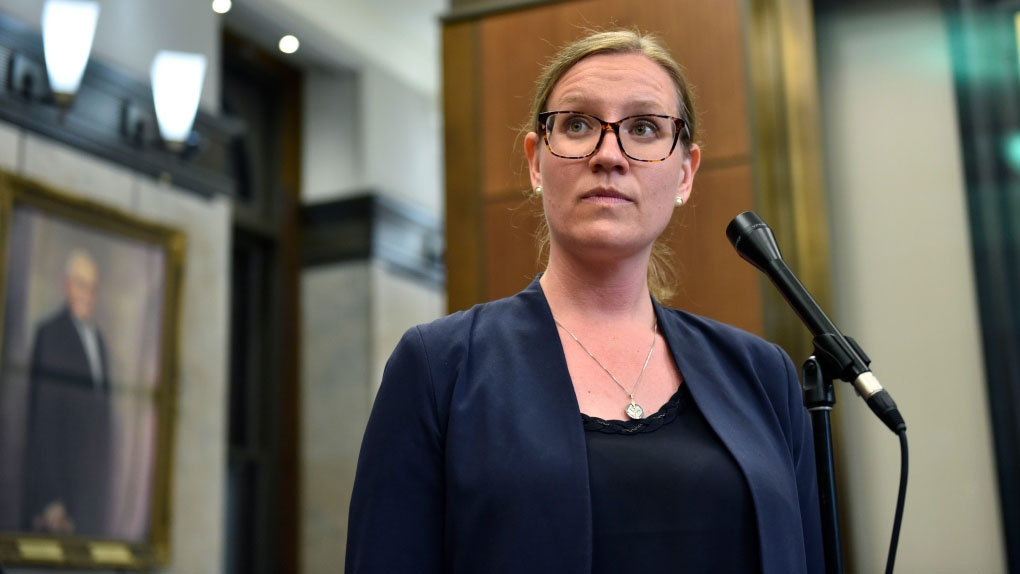 The minister responsible for passport services says she is directing Service Canada to do more in major urban centres where passport-processing delays are most severe.

In a statement issued Thursday, Minister of Families, Children and Social Development Karina Gould said the body is implementing new triage measures to provide a more “intensive, client-specific” approach – work that started in Montreal this week.

The tactic has also been adopted in Toronto and will expand to other major cities beginning June 27.

“In the early morning, increased numbers of managers and executives are assisting and speaking directly with clients in order to triage lineups at specialized passport sites,” the statement reads.

Canadians have reported waiting hours outside passport offices as post-pandemic travel demand has ramped up. It’s even spurred some to hire a “freelance line stander” to weather the wait.

Earlier this week, Montreal police were called to the downtown passport office after a large crowd gathered to wait for appointments.

More than 150 people were in line at the Guy Favreau Complex around noon.

Gould said triage-focused staff will prioritize service to those with urgent travel needs within 24 to 48 hours.

Staff from Immigration, Refugees and Citizenship Canada, Statistics Canada, the Canada Revenue Agency are also assisting with passport processing and printing. That’s on top of the 600 additional Service Canada staff who have already been hired to keep with up demand, and an estimated 600 more they plan to recruit.

“I want to reassure Canadians that no option to improve service will be left on the table, and solutions are being implemented as rapidly as possible when they are identified.”

The minister spoke to reporters about the changes her office is making to improve wait times before question period later in the day.

She said her team is seeing progress at Montreal service centres, namely at Saint-Laurent and Laval.

Gould added that it takes about 12 to 15 weeks to train passport officers but that the first cohort of employees hired earlier this year are ready to be deployed as of next week.

A union that represents employees at Passport Canada and Service Canada centres says they warned the government of potential backlogs due to staffing shortages “for a good chunk” of the last calendar year.

“They’re completely flat-footed, they didn’t do the training, they didn’t certify passport officers,” Kevin King, national president of the Union of National Employees, a division of the Public Service Alliance of Canada, told Newstalk 580 CFRA’s The Evan Solomon Show on Thursday.

King said his team has been trying to get answers from the government on how many of the 600 new Service Canada employees they’ve brought in will be certified to actually issue passports.

He also said workers on the ground are being harassed and photographed, and buildings defaced as tensions mount.

“If our employees are continuing to be harassed and swarmed…the issue is not a strike. But federal legislation allows for employees to participate with the Canada Labour Code, meaning they have the right to refuse dangerous work. And that’s what it’s becoming,” he said.

Gould acknowledged that while the government didn’t anticipate the volume of passport registration or renewal requests, many are more “complex” cases.

“We have received a large volume of passports – that doesn’t make the situation acceptable – 85 per cent of those are new passports, first time passport holders, which means those applications are more complex and, of that, 43 per cent are for children,” she said.

“One of the challenges with children is that we have an obligation to make sure that there is an acceptance and permission from both parents.”

NDP transport critic Taylor Bachrach addressed the issue on Thursday, arguing that Ottawa should have been better prepared for the surge in travel knowing pandemic restrictions would eventually lift.

The Conservative Party sought to strike an emergency debate on Wednesday in the House of Commons regarding delays at passport offices but Deputy Speaker Chris d’Entremont denied the request.