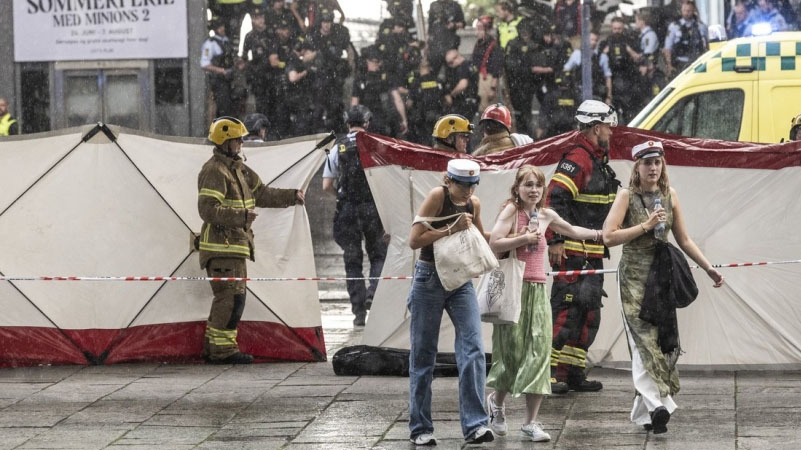 Danish police believe a shopping mall shooting that left three people dead and four others seriously wounded was not terror-related, and said Monday that the gunman acted alone and appears to have selected his victims at random.

Copenhagen chief police inspector Søren Thomassen said the victims — a 17-year-old boy and a 17-year-old girl, both Danes, and a 47-year-old Russian man — were killed when the gunman opened fire on Sunday afternoon in the Field’s shopping mall, one of Scandinavia’s biggest.

Four other people were treated for gunshot wounds — two Danish and two Swedish citizens — and were in critical but stable condition, Thomassen said. Several other people received minor injuries as they fled the shopping mall, he added.

Thomassen said police had no indication that anyone helped the gunman, identified as a 22-year-old Dane, during the attack. He said while the motive was unclear, there was nothing suggesting terrorism, and that the suspect would be arraigned later Monday on preliminary charges of murder.

Danish broadcaster TV2 published a grainy photo of the alleged gunman, a man wearing knee-length shorts, a vest or sleeveless shirt, and holding what appeared to be a rifle in his right hand.

“He seemed very violent and angry,” eyewitness Mahdi Al-Wazni told TV2. “He spoke to me and said it (the rifle) isn’t real as I was filming him. He seemed very proud of what he was doing.”

Images from the scene showed people running out of the mall in panic. After the shooting, a big contingent of heavily armed police officers patrolled the area, with several fire department vehicles also parked outside the mall.