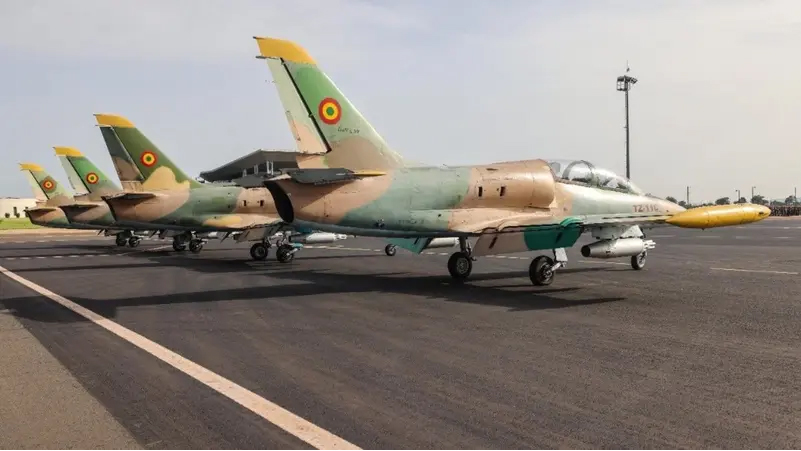 Mali on Tuesday received five military jets and a combat helicopter from Russia, which has become a close ally in its fight against a long-running extremist insurgency, an AFP journalist saw.

The head of the military junta, Assimi Goita, joined Russian diplomats at a ceremony for the handover of five L-39 and Sukhoi-25 jets and an Mi-24P helicopter.

The Soviet-era warplanes are the latest batch of deliveries under close ties that have been forged since the Sahel state underwent a coup in August 2020.

In a speech, Defense Minister Sadio Camara paid tribute to what he called Mali’s “win-win partnership with the Russian Federation.”

The new deliveries “strengthen our reconnaissance and attack capabilities,” he said.

“Today’s ceremony is historic, both in kind and quality as well as in the volume of what you are handing over,” Camara said.

“We are just showing a part of (Russian arms deliveries), the rest of course is being used in operations as these ceremonies unfold.”

The regime has brought in Russian paramilitaries – described by Bamako as military instructors but by Western nations as mercenaries – to support the beleaguered armed forces.

Their deployment was a key factor in prompting France, Mali’s former colonial power and traditional ally, to pull its military forces out of the country. The withdrawal is expected to be completed in the coming weeks.

Previous Russian arms deliveries disclosed this year have been two Mi-24P helicopters and surveillance radars, which was announced in April, and two helicopters and mobile radar systems in March.

The helicopters were Mi-35P attack aircraft, an export version of the Mi-24P, according to the specialist newsletter Africa Intelligence.

Four Mi-171 choppers, a model used for troop transport, arrived last October, according to the authorities.

There have been no details about the terms under which Mali has acquired the weapons.

One of the poorest nations in the world, Mali has been battered by an extremist campaign that began in the north of the country in 2012.

The attacks have spread to the center and south of Mali and into Niger and Burkina Faso. Across the region, thousands of people have died and more than two million have fled their homes.