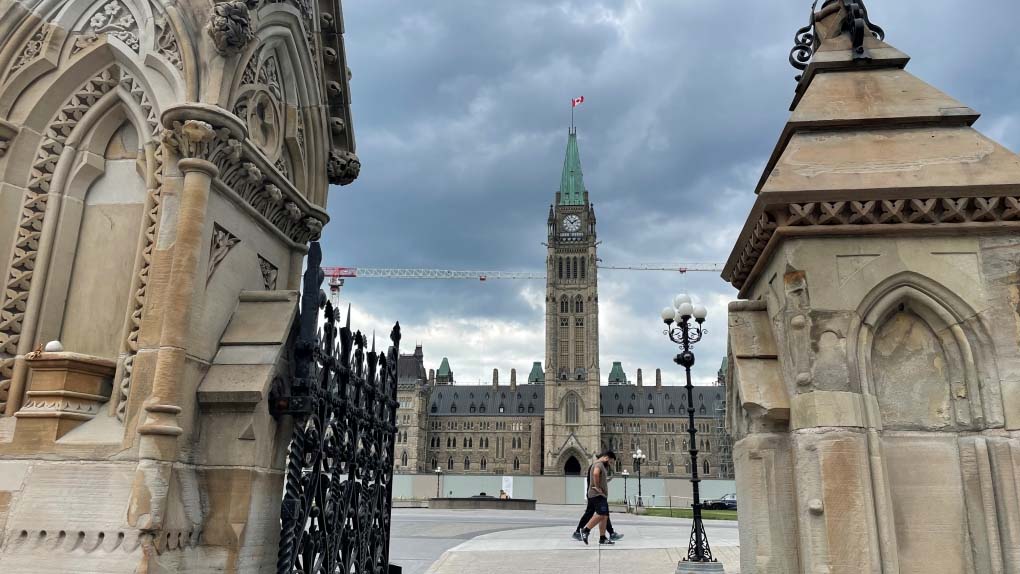 OTTAWA – The fall House of Commons sitting began in Ottawa Tuesday morning, seeing the Liberals put a clear focus on affordability after a summer of Canadians’ elevating concerns over the cost of living.

At the opening of the day’s events, the federal government tabled a pair of bills to implement a trio of measures it says will help low-to-modest income families make ends meet. The Liberals are labelling them as ‘the cost of living relief’ acts one and two.

Promised by Prime Minister Justin Trudeau earlier this month—in collaboration with the NDP as part of their confidence-and-supply agreement—one bill would allow for a temporary doubling of the federal GST rebate, while the other would enact a dental care benefit as well as a benefit top-up for renters.

While the government has already outlined the key features of these commitments, government officials briefed reporters on the specifics ahead of a press conference from the ministers responsible for the files.

The first bill, C-30, focuses on implementing the doubling of the GST credit for six months and the Liberals are calling it “targeted tax relief.”

The government says that approximately 11 million individuals and families would receive a boost through the GST rebate hike, which is set to administer $2.5 billion in additional funding to current recipients as a one-time, lump-sum payment before the year’s end.

The second bill, C-31, lumps together the housing and dental benefits, and is being billed as “targeted support for households.” Both benefits are set to be attestation-based and facilitated through the Canada Revenue Agency, once the legislation passes through Parliament.

The dental benefit would see a stop-gap measure in place to offer parents or guardians who do not have access to dental insurance up to $650 per child under the age of 12, if their net family income is less than $90,000 through direct payments, while the government continues to vow to flesh out a full national dental program.

The amount being offered is the government’s “best calibration” of how much funding is needed to cover basic dental care—exams, cleanings, X-rays, and fillings— without much left over, officials said. Should parents have excess funds, the hope is they would be put towards other dental care needs but there will not be a requirement to return any outstanding funding.

Officials said the bill sets up a process for bureaucrats to check this information, and there could be penalties for those who submit fraudulent claims.

And, through the housing benefit approximately 1.8 million low-income renters would receive a top-up to the $500 one-time Canada Housing Benefit.

This benefit will be available to applicants with adjusted net incomes below $35,000 for families, or $20,000 for individuals who pay at least 30 per cent of their adjusted net income on rent and are paying rent for their own primary residence in Canada.

AFFORDABILITY KEY POLITICAL ISSUE
Setting up what the government’s legislative priorities will be for the fall sitting, Government House Leader Mark Holland told reporters Tuesday morning that the Liberals heard clearly from Canadians this summer about the inflation pressures they are facing, and that will be a focus in the House.

He also framed the new bills as plans that are “rooted in reality”—meant to help those most vulnerable without further exacerbating inflation—while seemingly taking a shot at the new Conservative Leader Pierre Poilievre, who will also be focusing on the economy this fall.

Responding to the to new Consumer Price Index figures released Tuesday that showed that while Canada’s annual inflation rate is slowing, the cost of groceries keeps increasing, Poilievre said the government “still doesn’t have a plan to fix inflation.”

“They’ve proposed legislation that prints more cash, borrows more money, and throws gasoline on the inflationary fire,” he said in a statement. It remains to be seen whether the minority Liberals will be able to move these bills through in time to keep their timing commitments, should the Conservatives push back procedurally.

FIRST BILL DEBATED: DISABILITY BENEFIT
Meanwhile, the first bill up for debate in the House of Commons on Tuesday was Bill C-22, the Canada Disability Benefit Act. This legislation was tabled in June and has been awaiting the return of members of Parliament to Ottawa to be able to advance.

It’s the second time this benefit has been caught up in the legislative cycle, after a first iteration died in the House when the 2021 election was called. The NDP have been pushing the Liberals to follow through on this promise.

The bill, if passed as drafted, would establish a new benefit that the government is billing as “an important part of Canada’s social safety net” that would benefit hundreds of thousands of people with disabilities, however it does not specify how much money would be offered.

Minister of Employment, Workforce Development and Disability Inclusion Carla Qualtrough will be taking reporters’ questions about the bill this afternoon.