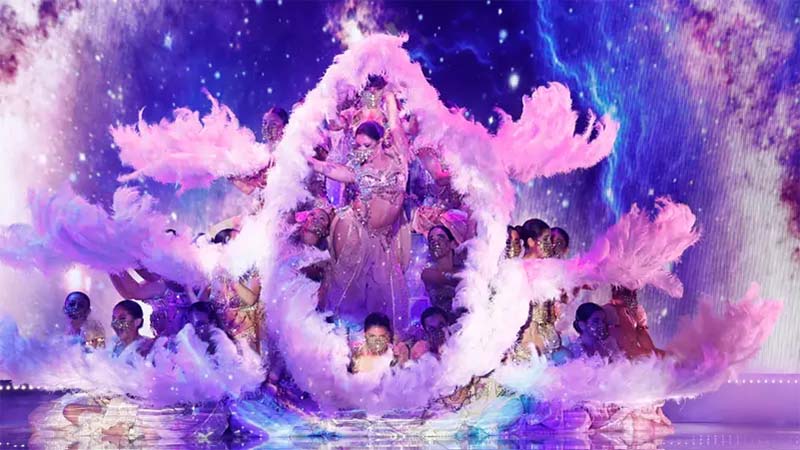 The Mayyas – whose win makes them the season 17 competition series’ champion – first caught America’s attention during their show-stopping audition, which prompted judge Sofía Vergara to press her Golden Buzzer.

During the live shows, the group delivered another hypnotizing dance routine that fellow judge and executive producer Simon Cowell predicted would “change the world.”

In the finale, the crew wowed both judges and the audience with their choreography and their performance featured white feathered outfits and sparkling globes of light, winning a standing ovation from the judges and crowd.

“This is what a million-dollar act looks like,” said fellow judge Heidi Klum. “You brought your A-game every time you came, and tonight, it was A-plus.”

“Something has happened with you where I’m beginning to feel a buzz beyond the show. This has landed. It is global. It is huge. I don’t think you can top that.”

“This is my favorite act ever on AGT,” said judge Howie Mandel. “How great for you. It’s great for women, it’s great for female empowerment, your culture.”

Mayyas, (meaning the proud walk of a lioness, according to the crew) had wowed the judges during their audition, saying they wanted to show the world what Arab women can do.

The crew lined up in matching golden costumes and collectively held hands as they waited for the announcement on who would be crowed the champions.

The group collectively screamed and jumped in the air as they were named the winners to a rousing standing ovation from the audience.

Mayyas was founded in Beirut by Nadim Cherfan, who is also the act’s choreographer.