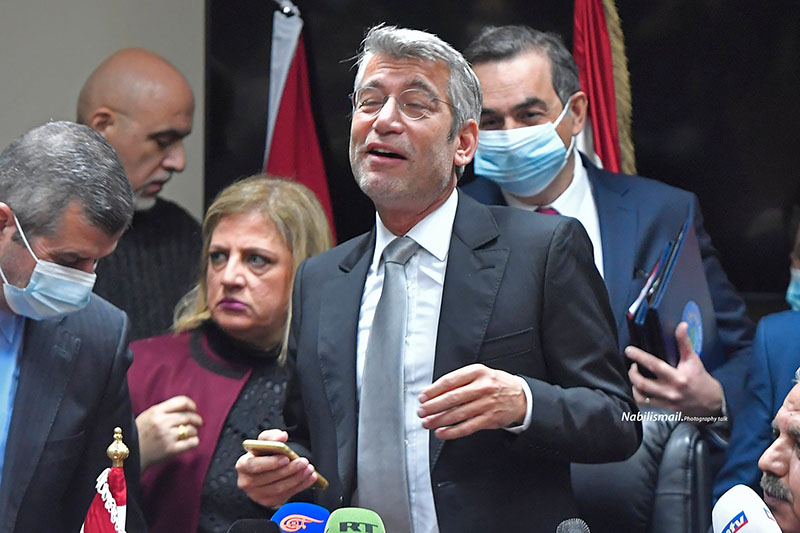 The Lebanese Energy Minister Walid Fayyad was physically assaulted by activists outside a restaurant on Sunday night.

An online video shows an activist saying “this is a message from all the Lebanese people” before violently pushing Fayyad to a wall. You need to “wake up,” he tells the minister.

Another man is meanwhile seen telling Fayyad that his mother “has no electricity” and that “a massacre happened in Tripoli” whereas he was “having a drink.”

A female activist meanwhile tells the minister that she was interrogated at a State Security center along with other female activists due to his “corruption.”

This is not the first time Fayyad has been intercepted by activists at a restaurant since he was appointed as minister. He is often seen at public places without bodyguards.