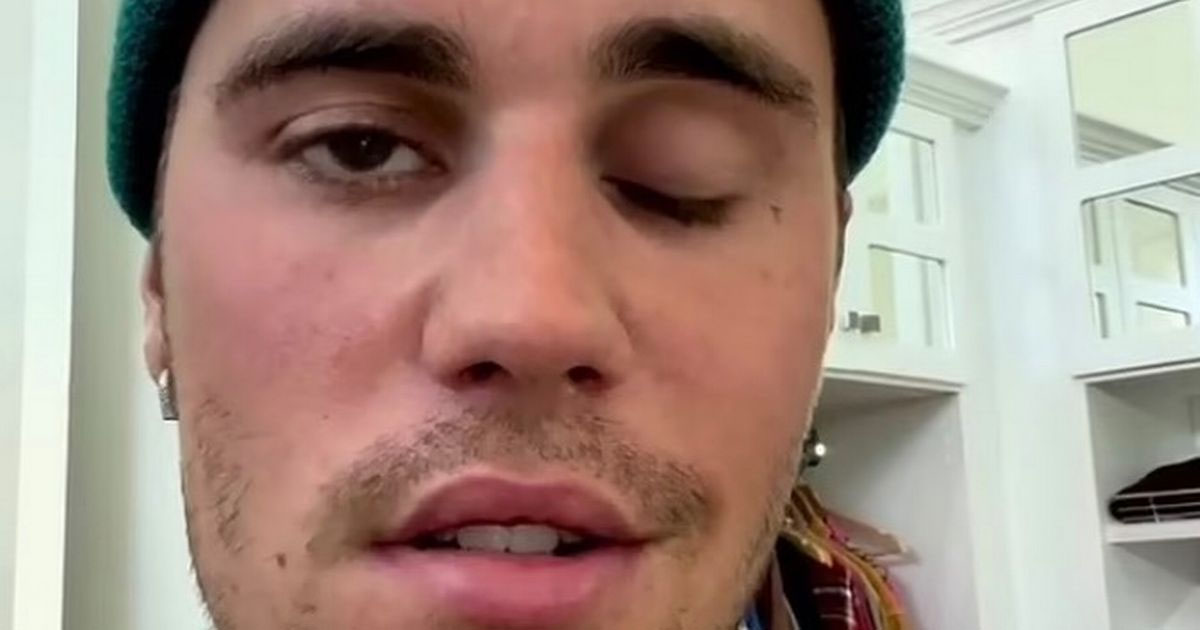 Justin Bieber has opened up about his health after cancelling two concerts in Toronto earlier this week saying he’s been diagnosed with Ramsay Hunt syndrome, a virus that has left him with a form of facial paralysis.

The pop superstar was scheduled to perform at the Scotiabank Arena in downtown Toronto on Tuesday and Wednesday but made the last-minute decision to postpone the shows due to what he described at the time as a “sickness.”

On Friday, Bieber posted a video to Instagram detailing the extent of his symptoms, in which the right side of his face is visibly paralyzed.

“As you can see, this eye is not blinking,” he said on Instagram. “I can’t smile on this side of my face…there’s full paralysis in the centre of my face.”

“So for those frustrated by my cancellations of the next shows, I’m just physically, obviously, incapable of doing them.”

He said that his body is telling him to “slow down” and that he hopes fans understand.

“This is pretty serious as you can see. I wish this wasn’t the case,” he said.

The artist says he is doing facial exercises to help with the paralysis, but he is unsure how long it will take for him to heal.

Canadian former politician Olivia Chow was diagnosed with the same virus back in 2013, which left her with limited movement on one side of her face.

Bieber’s June 10 concert in Washington has also been cancelled. There are no other Canadian stops scheduled in his 2022 World Tour and it’s unclear if any of his other future performances will be postponed.

Scotiabank Arena has previously said that tickets for the cancelled Toronto shows would be honoured when the dates are rescheduled.

Shakira and Gerard Pique confirm they are to separate