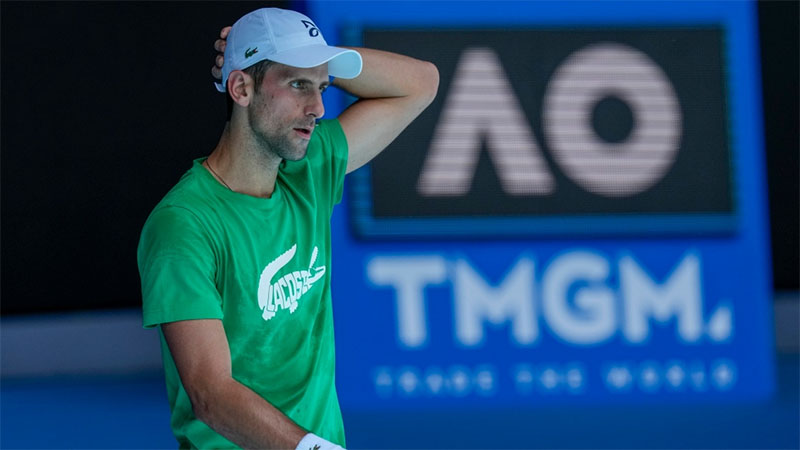 Three judges who unanimously rejected Novak Djokovic’s bid to stay in Australia to contest the Australian Open have revealed their reasons for the ruling.

In a written statement, the judges said it was not irrational for Immigration Minister Alex Hawke to eject the Djokovic due to concerns the unvaccinated Serbian star could pose a risk to public health and order.

The ruling said it was open to the minister to infer Djokovic’s presence could encourage anti-vax protests, which could aid the spread of COVID-19.

And they noted the minister’s decision also included the star’s possible influence on people who were unsure about whether to take the vaccine.

“The possible influence on the second group comes from common sense and human experience: An iconic world tennis star may influence people of all ages, young or old, but perhaps especially the young and the impressionable, to emulate him. This is not fanciful; it does not need evidence,” the ruling said.

The explanation ends one of the most controversial episodes in the history of the Australian Open.

The world’s No. 1 men’s player was forced to leave the country on the eve of the competition after the court failed to find fault with the immigration minister’s decision to cancel his visa.

It was the second time Djokovic’s visa had been cancelled — the first came in the hours after his arrival in Australia on Jan. 5, when Australian Border Force (ABF) officers rejected his purported exemption from rules that state all new arrivals must be fully vaccinated.

Djokovic said a previous COVID-19 infection meant he was exempt, but under federal rules that’s not enough and he was detained in an immigration facility.

The matter went to court and a single judge ruled the decision was “unreasonable” because he wasn’t given enough time to consult his lawyers. Djokovic was freed from detention and resumed his training at Melbourne Park in the hope of securing his 21st grand slam title.

However, days later the government intervened to cancel his visa again, stating the unvaccinated player was a threat to public health and order. The issue was referred to a higher court and the three judges convened last Sunday.

Djokovic’s legal team didn’t argue the merits of the minister’s decision, only that he had made a jurisdictional error under the country’s migration law.

On Sunday, the judges ruled there had been no error and Djokovic agreed to leave.

In a statement, the player said he was “disappointed” with the decision but respected the court’s ruling. That night he departed Melbourne en route to Serbia, where he received a hero’s welcome.

“He supports the vaccination of those people who want to be vaccinated. So I am not perceiving him as anti-vaxxer,” she said.

In a statement soon after Sunday’s ruling, Djokovic’s family blamed the decision on politics.

“This isn’t just a sports issue and playing at the first grand slam of the season, dominated by Novak for a decade now, but politics as well all the interests that took priority over sports,” the statement said.

Under Australian law, Djokovic can be banned from the country for three years, though Home Affairs Minister Karen Andrews hasn’t ruled out an exemption. “Any application will be reviewed on its merits,” she said earlier this week.

On Tuesday, Tennis Australia expressed regret the visa dispute had distracted players in the tournament.

“We deeply regret the impact this had on all players,” the statement said. “There are always lessons to learn, and we will review all aspects of our preparation and implementation to inform our planning — as we do every year. That process always starts once the Australian Open champions have lifted their trophies.”

New Zealand says it won’t use lockdowns when Omicron spreads