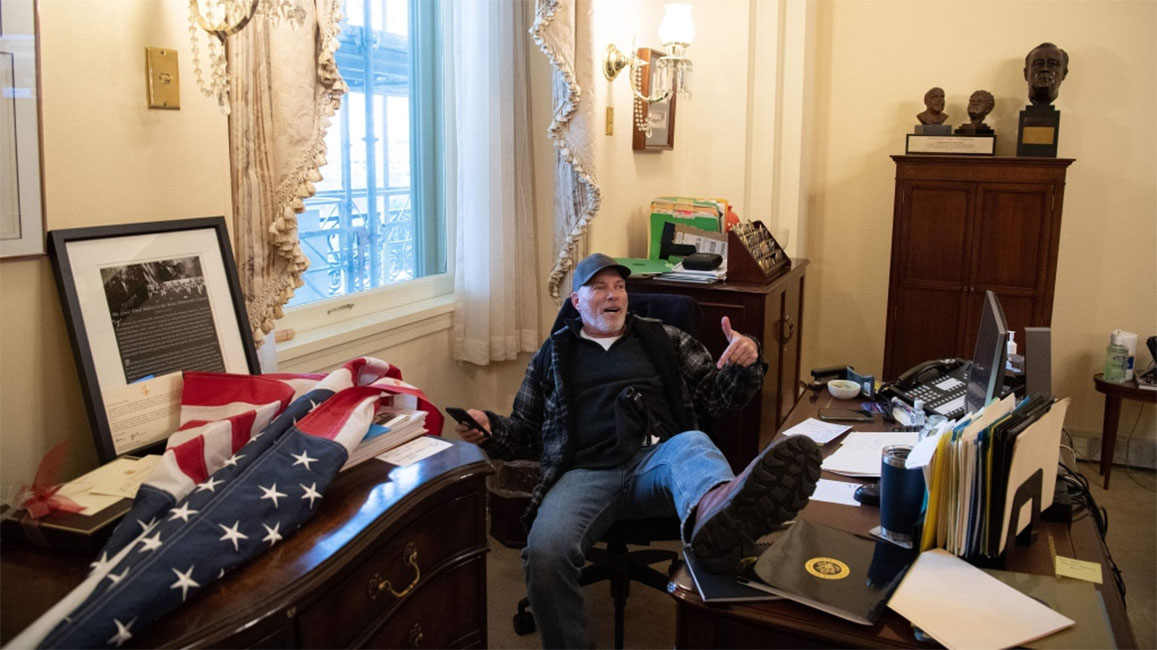 A federal judge on Friday said he won’t allow an Arkansas man arrested after he was photographed sitting at a desk in House Speaker Nancy Pelosi’s office during the Jan. 6 U.S. Capitol riot to travel for a classic-car swap meet.

U.S. District Judge Christopher R. Cooper rejected the request by Richard Barnett to loosen the restrictions on how far he can travel while he’s awaiting trial.

Barnett is allowed to travel only up to 50 miles (80 kilometers) from his residence while he is on home detention awaiting trial. Barnett’s attorney said the Gravette, Arkansas, man needed to be able to travel to make a living buying and selling classic cars.

Petit Jean Mountain, where the car show is being held, is 200 miles (320 kilometers) from Gravette.

“The Court is not persuaded that the defendant cannot pursue gainful employment within a 50-mile radius of his home as permitted by the current conditions,” Cooper’s order said.

Barnett, 61, was among supporters of President Donald Trump who stormed the Capitol as lawmakers assembled to certify Joe Biden’s victory over Trump. Prosecutors say Barnett was carrying a stun gun when he entered the building.

Federal prosecutors opposed Barnett’s request and said his conduct while awaiting trial — including an interview with Russian State Television — indicates more conditions, not fewer, were needed.