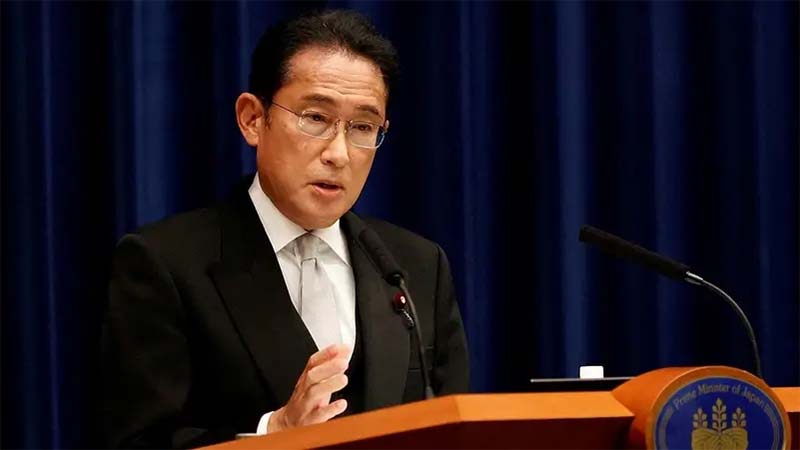 Japanese Prime Minister Fumio Kishida headed into a showdown with opposition lawmakers on Thursday over plans for a state funeral for Shinzo Abe, one in which he hopes to prevail to reverse a slide in his public support.

Kishida is set to face questions in both houses of Parliament, likely about the ruling party’s ties to the controversial Unification Church. The session started at 1 p.m. in Tokyo.

The Liberal Democratic Party’s second-in-command is also expected to hold a briefing later in the day on the results of a survey of lawmakers’ links to the South Korean-based religious group.

Kishida has seen his support slump to its lowest levels since he took office last October as public anger over LDP ties to the church coincides with concern over surging fuel and food prices and a weakening yen. Several recent major polls have shown his backing fell below 50 percent.

While Kishida doesn’t need to run in a national election for about three years, a further tumble in his popularity could undermine his ability to control the party and distract from policy plans such as strengthening the military — largely to counter China’s more aggressive military approach to regional affairs — and reducing economic disparities.

Kishida announced a state funeral for Abe days after his assassination on the campaign trail in July. Polls now indicate most Japanese are against holding the event, in part because of the former prime minister’s links to the Unification Church. There has also been opposition given the cost, which the government has estimated at about 1.7 billion yen ($12 million).

US Vice President Kamala Harris and Australian Prime Minister Anthony Albanese have confirmed their attendance at the ceremony, which may attract as many as 6,000 people. Local media outlets have said Canadian Prime Minister Justin Trudeau will also be there.

The suspect in Abe’s assassination cited his connections to the religious group now officially known as the Family Federation for World Peace and Unification, which he blamed for causing his family’s financial ruin. The allegations triggered media investigations that revealed links with scores of other politicians, mostly from the LDP.

The party’s secretary general, Toshimitsu Motegi, will say that more than 150 of its lawmakers had some form of contact with the organization, Kyodo News said, citing LDP officials.

Known for its mass weddings and followers derisively called “Moonies” — after its founder, Sun Myung Moon — the church faced dozens of court rulings against it in Japan over its fund-raising and other practices.

The Unification Church has said it took steps more than a decade ago to curb “excessive actions by some of its members.

UNHCR rushes aid to Pakistan amid raging floods in south