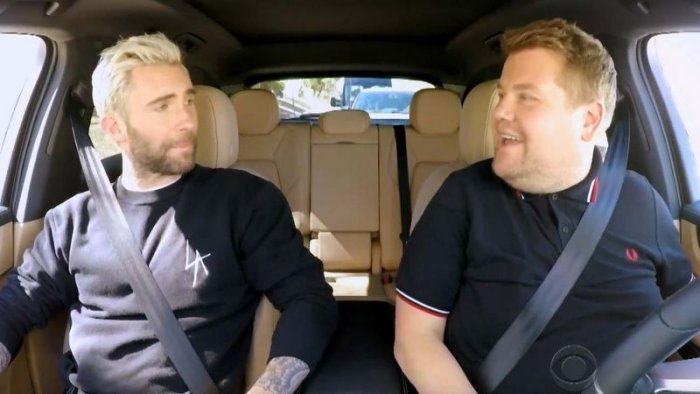 James Corden’s “Carpool Karaoke” has become a staple of the “Late Late Show.” But the segment that aired on Thursday night went a little off-script when he was stopped by a deputy from the Los Angeles County Sheriff’s Department while filming with Adam Levine of Maroon 5.

“Oh my God,” Corden said as he pulled over. “This is a real first.”