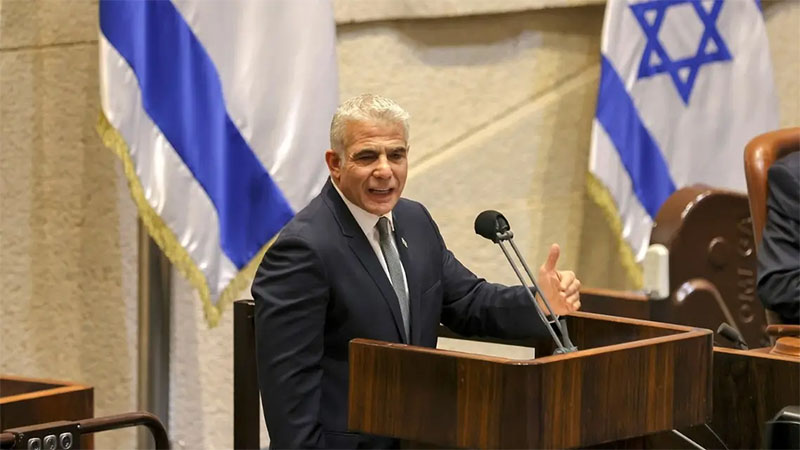 Israel’s Foreign Minister Yair Lapid said that reaching an agreement to normalize ties with Saudi Arabia will be a “long and cautious” process, but Israel believes in the possibility, the Times of Israel reported on Monday.

“We believe that it is possible to have a normalization process with Saudi Arabia. It’s in our interest… We’ve already said that this is the next step after the Abraham Accords, to talk about a long and careful process,” he said.

Lapid added that should an agreement be signed, it would not come as a surprise announcement like it happened with previous deals signed with the UAE and Bahrain.

“This won’t happen the same way it did last time… We won’t wake up one morning suddenly and it will be a surprise,” Lapid said referring to the US-brokered Abraham Accords signed in 2020.

He added that Israel is working with the US and Gulf countries towards the goal of normalizing ties with the Kingdom.

The Kingdom’s Crown Prince Mohammed bin Salman had said in March that Saudi Arabia views Israel as a “potential ally,” noting however that several issues need to be resolved first.

“For us, we hope that the conflict between the Israelis and Palestinians is solved. We don’t look at Israel as an enemy, we look to them as a potential ally, with many interests that we can pursue together. But we have to solve some issues before we get to that,” he said in an interview with US magazine The Atlantic.

IAEA reports little progress in standoff with Iran, clash with