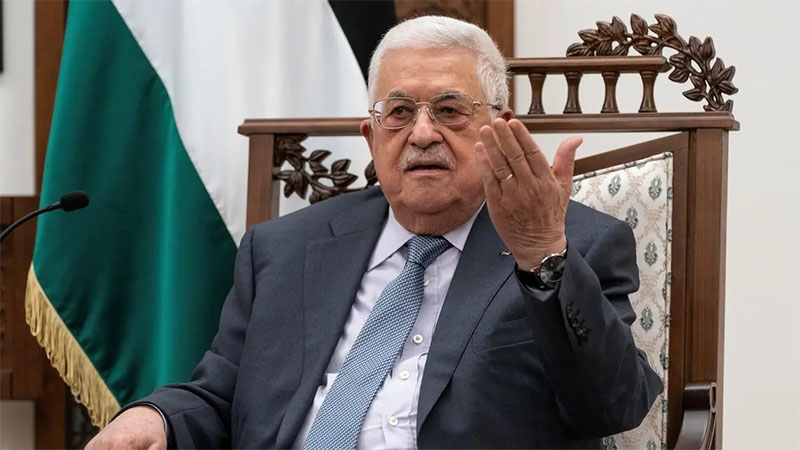 Palestinian President Mahmoud Abbas paid a rare visit to Israel on Tuesday for talks with Israel’s defense minister, the latest in a series of meetings by top Israeli officials with the Palestinian leader.

Israel’s new prime minister, Naftali Bennett, opposes Palestinian independence and has ruled out formal peace talks. But he has said he wants to reduce frictions with the Palestinian Authority and improve living conditions in the Israeli-occupied West Bank.

Despite these pledges, the area has experienced an increase in violence in recent weeks, with a series of Palestinian attacks on Israelis in the West Bank and east Jerusalem as well as a surge in violence by Israeli settlers against Palestinian civilians.

A senior Palestinian official said the late-night meeting took place at Defense Minister Benny Gantz’s home in central Israel. The official, speaking on condition of anonymity because he was discussing a closed meeting, said it was the first time Abbas has met with an Israeli official in Israel since 2010.

Gantz said he was committed to advancing confidence-building measures, as discussed in an earlier meeting with Abbas, as well as deepening security coordination.

Hussein Al Sheikh, a top aide to Abbas, said the meeting “dealt with the importance of creating a political horizon,” as well as “the tense field conditions due to the practices of the settlers.” He said security, economic and humanitarian issues were also discussed.

Abbas, whose government administers autonomous areas of the Israeli-occupied West Bank, seeks an independent state that includes all of the West Bank, east Jerusalem and the Gaza Strip.

Israel captured all three areas in 1967, though it withdrew from Gaza in 2005. Two years later, Hamas militants seized the territory from Abbas’ forces, leaving the Palestinians divided between two rival governments.

There have been no substantive peace talks between the sides in over a decade.