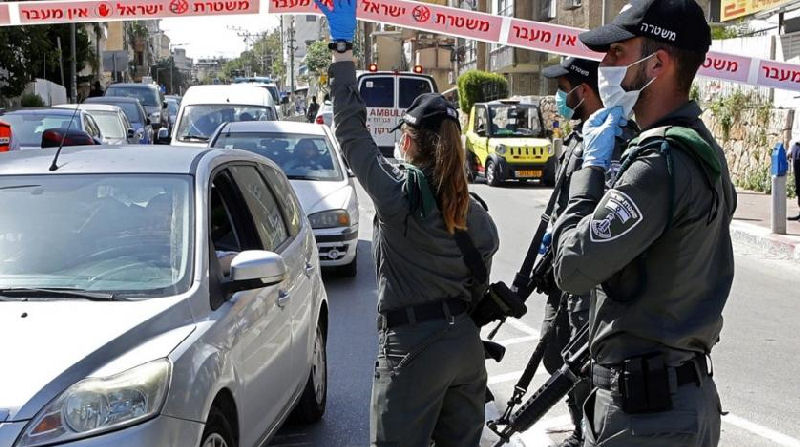 A parliamentary panel on Tuesday authorized Israel’s Shin Bet security service to continue using mobile phone data to track people infected by the coronavirus until May 26, prolonging an initiative described by critics as a threat to privacy.

Israeli Prime Minister Benjamin Netanyahu had sought a longer extension, of six weeks, as his government advances legislation to regulate the practice in line with the demands of the Supreme Court, which is worried about dangers to individual liberty.

Circumventing parliament in March, as the infection spread, Netanyahu’s cabinet approved emergency regulations that enabled the use of the technology, customarily deployed for anti-terrorism.

Within two weeks Netanyahu’s cabinet will present a draft bill to regulate the use of Shin Bet surveillance of citizens. The public will have one week to comment on the bill after which it will be submitted to parliament for approval.

Proponents of the surveillance believe it is crucial more than ever as lockdown measures are gradually being lifted.

Data presented to parliament’s intelligence subcommittee on Tuesday showed that 5,516 of the 16,265 people infected with the virus were discovered by Shin Bet surveillance.

“Although it is aggressive and has privacy (issues), there is no other tool right now,” Ayelet Shaked, a former justice minister and member of the intelligence panel, told Reuters, noting the committee receives updated data each week.

Opponents believe such tracking is not needed since the number of patients continues to drop. More than 10,000 people have recovered and just 66 people remain on ventilators. The number of deaths rose by two in the past day to 237.

The Supreme Court last week ruled the government must legislate the use of mobile phone tracking, saying “a suitable alternative, compatible with the principles of privacy, must be found”.

Israel is in the process of forming a ruling coalition after a third election in a year in March.

Netanyahu, under pressure to re-open the economy after more than 1 million people had filed for unemployment, on Monday said there would be a further easing of restrictions, with people allowed to visit family members while shopping malls would open later this week. Schools have resumed for grades 1-3 and other grades would resume throughout May.

“Precisely at this time because the infection potential is increasing, we need a tool that will enable rapid surgical action that will cut the infection chain and allow the population to continue with its life,” said Meir Ben-Shabbat, head of the National Security Council.