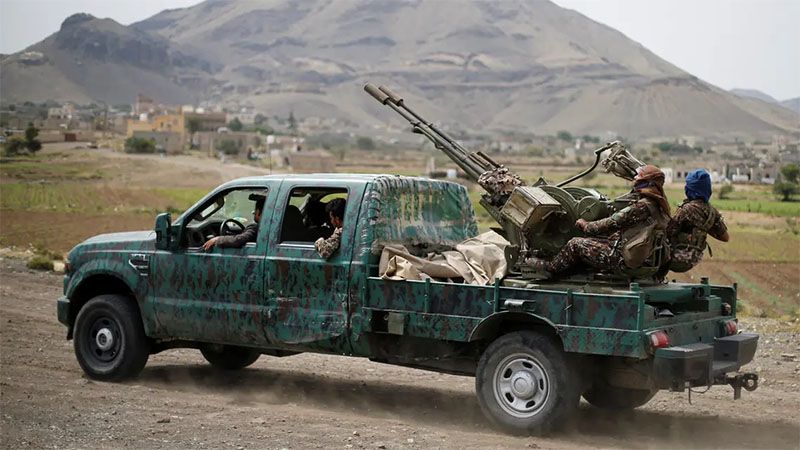 The Iran-backed Houthi militia confirmed that 20 of its military leaders had been killed in a battle in Yemen’s al-Bayda.

Fighting between the internationally-recognized Yemeni government and the Houthis raged in a battle for the al-Zaher district, south of the central al-Bayda province.

The Yemeni army had managed to thwart the Iran-backed group’s attacks on its sites in the outskirts of the district, the country’s defense ministry said on Saturday, adding that the fighting in the area ended with the Houthis suffering “large human and material losses.”

Yemen’s government has sought to secure the provinces around al-Bayda and weaken the Iran-backed group in the past few days as the Houthis attacks on Marib and al-Jawf continue.

The defense ministry shared a video on Twitter of its army forces battling the Houthis in al-Jawf.

Footage of the battles Yemen army troops backed by the popular resistance engaged in against Iranian-backed Houthis militia's combatants in Aljawf battlefront on 10th of July 2021 pic.twitter.com/M2KMU5K7JN