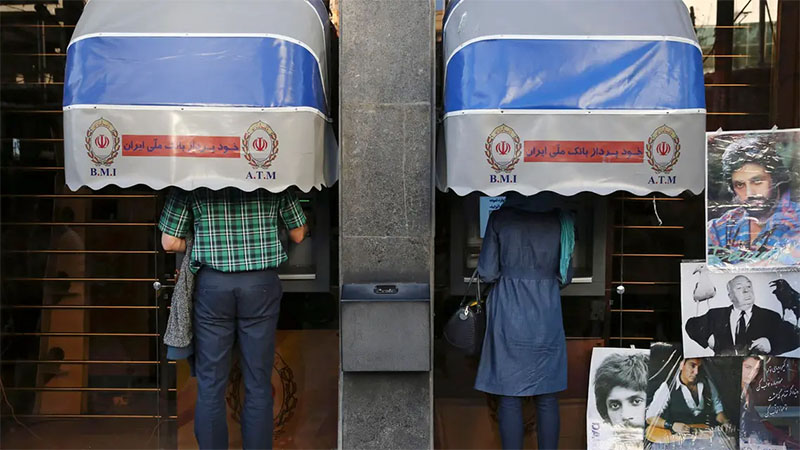 Iran has arrested 13 suspected robbers accused of making off with the contents of more than 160 safe boxes from a bank branch in the capital, the judiciary said Friday.

“Thirteen suspects in the robbery of Bank Melli were arrested, and large quantities of stolen property have been discovered,” Tehran’s chief prosecutor Ali Salehi said, quoted by the judiciary’s Mizan Online news agency.

The state-owned lender said thieves had taken advantage of a public holiday on Sunday to break into the branch on Enghelab Street, a major artery in Tehran.

They forced the lock of a rear door and seized the contents of 168 rented safe boxes before escaping the same way, locking the door behind them.

Salehi said 10 suspects had been arrested in Tehran and the north of Iran, while three others were detained in a neighboring country, which he did not identify.

“Large quantities of stolen property were discovered in a vehicle at Imam Khomeini International Airport,” he said.

The fugitives who fled abroad had been detained thanks to “good cooperation” with Interpol and were in the process of being transferred back to the Islamic republic, said Tehran’s police chief, General Hossein Rahimi.

“None of the bank’s employees participated in the robbery,” he told state television, adding the bank had been notified of security weaknesses about a month ago.

The broadcaster aired footage of those it said had been detained in Iran, dressed in prison outfits and facing a wall.

Other news outlets in Iran published images of what they said were recovered stolen items, including jewelry, gold coins and cash.