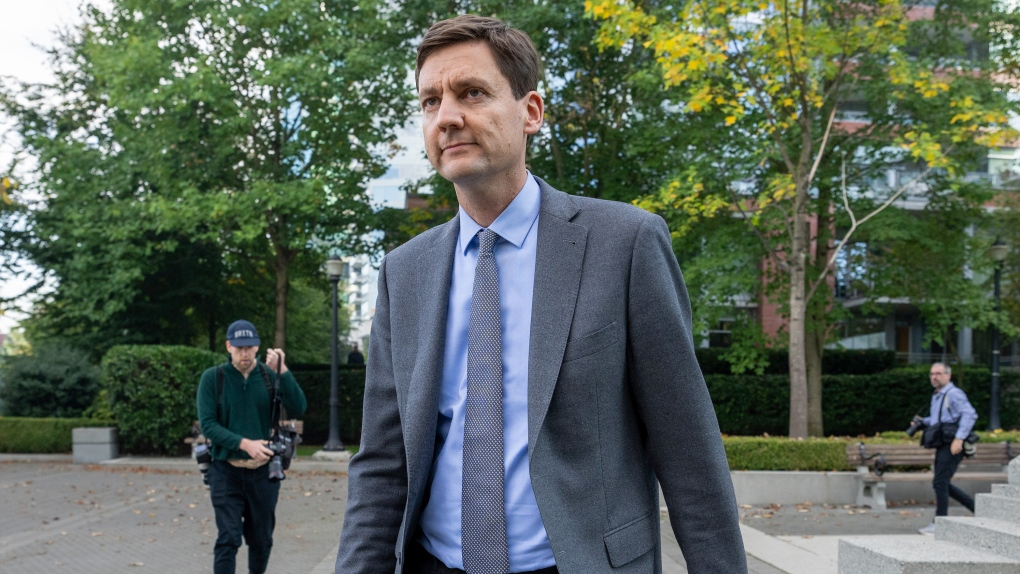 David Eby outlined his plans for his first 100 days in office Friday, after becoming premier-designate of British Columbia.

Eby, the province’s former attorney general and housing minister, was declared the head of the governing NDP following the abrupt end of the party’s leadership race this week.

The premier-designate said his focus in his first 100 days will be launching initiatives to expand affordable housing, shift fossil fuel subsidies to clean energy, and improve the province’s struggling health-care system.

“We have to address these issues for British Columbians. They are counting on us to do that,” Eby said, triggering cheering and applause from attendees of the press conference.

Two days earlier, the NDP executive rejected the candidacy of Eby’s only competitor, Anjali Appadurai, after a report found fraudulent memberships had been solicited on her behalf.

Speaking to reporters on Friday, Eby acknowledged that the race ended on a contentious note, and took a moment to thank Appadurai for coming forward with her campaign.

“I want to say I look forward to working with Anjali and the people who signed up and care about these (environmental) issues,” said Eby. “Just because the leadership race is over, it does not mean those issues go away. I welcome you, I want to work with you.”

Appadurai has said she will remain a member of the NDP and has no plans to stop her political activism.

“I categorically reject I am an outsider to this party,” she said.

During his address, Eby said he will be working with British Columbians and his colleagues in government to deliver the targets outlined in the CleanBC plan, adding that those numbers aren’t notional to him.

“British Columbians are seeing some of the most dramatic climate impacts in all of Canada, and that’s why I think there’s so much support for us being leaders on this issue,” he added.

He also said he sees great potential for B.C.’s transition to clean energy through partnerships between the government and Indigneous nations. Eby used an abandoned pulp mill in a former village of the Tla’amin Nation in Powell River as an example.

“An abandoned pulp mill can be a part of B.C’s clean energy future that we can deliver for our nation jobs, employment, a project of huge significance…the economic impact of that project on that community and for the province and quite frankly the whole world…this is the potential of British Columbia,” said Eby.

The premier-designate also stressed that housing remains a major issue across the province, and will be a key focus for his government.

“If you’re living on the street, if you don’t have a base to operate from, it’s a huge challenge for you and the broader community,” Eby said, adding that for those who earn a decent wage but still can’t afford a home, it may seem there’s no place for them in B.C. “If you’re a senior having to choose between paying for groceries or rent, how do you feel secure in your own home?”

When asked for more details on his health-care plan, Eby said he wants to help people with foreign medical training and experience work in B.C.

“There’s no reason why someone with the skills of a surgeon should be doing maintenance at a local high school,” said Eby, whose wife is a family doctor.

He made a point to thank his wife during his address, and also expressed gratitude to his predecessor and current B.C. premier, John Horgan, who announced his retirement late June to focus on his cancer recovery and family.

“I’m filling some pretty big shoes here stepping into this job,” Eby said, likening his relationship with Horgan to one between a coach and player. “John led our party to a historic majority government…I want to make sure voters have a very obvious choice when they come to the ballot box the next election that the NDP listens and delivers.”

When probed about whether British Columbians deserve another provincial election in light of Horgan’s retirement, Eby said he didn’t think voters want that.

“I’ve been all over the province. I’ve met with people both inside and outside the NDP, and I haven’t heard a single person say they are wanting an election right now,” Eby said. “They say our province is facing big challenges that they want our government to deliver on.”

While Horgan called for a snap election in 2020, Eby pledged to stick to a fixed election date.

B.C: Canal Flats selected its mayor by pulling a name from a box