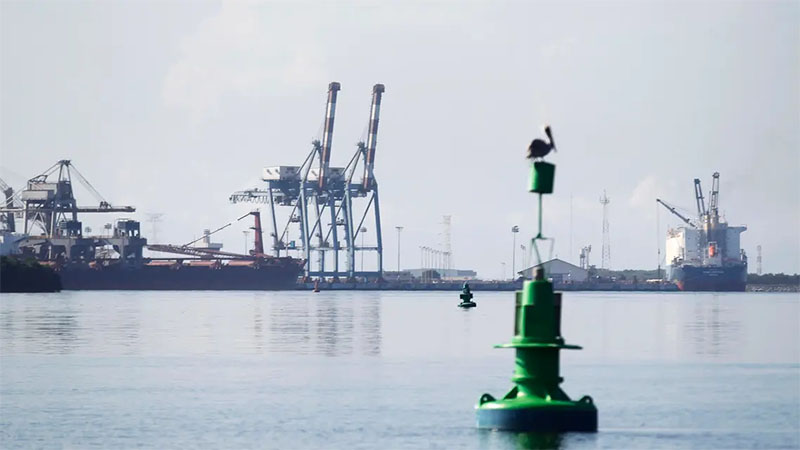 Hurricane Blas whirled off Mexico’s southern Pacific coast on Thursday, prompting a precautionary port closure in a region trying to recover from destruction brought by the season’s first big storm.

The US National Hurricane Center said Blas was centered about 215 miles (350 kilometers) south of Manzanillo, Mexico, on Thursday morning with maximum sustained winds of 85 mph (140 kph).

It said the storm is likely to start weakening on Friday night and it is not a direct threat to land. It was heading to the west-northwest at 8 mph (13 kph) and was expected to remain over the ocean.

But forecasters said Blas was bringing dangerous surf to the coast, and the port captain of Puerto Escondido in the state of Oaxaca announced that port was closed to navigation as of Wednesday afternoon.

The region to the southeast of Puerto Escondido was battered when Hurricane Agatha, came ashore near Puerto Angel on May 30 with maximum sustained winds of 105 mph (165 kph).

Authorities said flooding and mudslides caused by Agatha’s heavy rains killed at least nine people, with five others missing and suspected to be dead.

The local military commander, Antonio Ramírez Escobedo, told the national newspaper Milenio that 17 towns or villages in the mountainous region remained cut off by road due to collapsed bridges, landslides or downed trees.

He said more than 100,000 people in 119 communities have suffered damage to their homes.

The federal Interior Department on Tuesday declared a state of disaster in 38 townships, making them eligible for priority deliveries of aid.