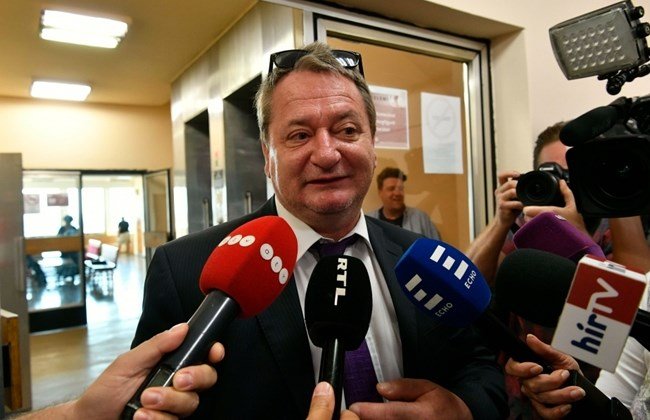 A Hungarian member of the European Parliament went on trial Tuesday on charges of spying for Russia.

The initial session of the trial of Bela Kovacs at the Budapest Regional Court was closed to the public by the judge because of the classified nature of the case.

Prosecutors claim that after he became a member of the EU parliament in 2010, Kovacs maintained “regular, continuous contact” with an intelligence officer of Russia’s secret service. In meetings between October 2012 and February 2014, Kovacs allegedly provided information on a range of European Union matters connected to Russia, including details about energy negotiations, relations with Belarus, the future of the European bank sector and a possible EU visa waiver for Russia.

Kovacs later also allegedly met with and gave information to another Russian agent, after his initial contact left Budapest.

Kovacs’ activities “actively assisted the work of Russian intelligence,” prosecutors said in a summary of the indictment released by the court. “The ultimate aim of the activity was to form, in the interests of the Russian Federation, an openly anti-EU camp … within the European Parliament.”

Its “sole task would be to undermine from the inside the work” of EU institutions and “to play up Russian interests,” they added.

Kovacs, who resigned from the nationalist Jobbik party after his December indictment, reiterated his claims of innocence and continues to work as an EU lawmaker.

“My conscience is absolutely clean,” Kovacs told reporters outside the courtroom during a recess. “I hope the truth will bring victory, at least for me, in the sense that I can calmly continue to work for at least another year in Brussels.”

European Parliament elections are expected to be held in May 2019.

Defense lawyer Istvan Szikinger noted that Kovacs was still being sent on EU missions, despite having his parliamentary immunity lifted in connection with the spying case in October 2015.

“The European Union, in a quite consistent manner, sent Bela Kovacs on official assignments to places like former Soviet republics where in theory, had he been spying, he could have continued to spy brilliantly,” Szikinger said. “But he didn’t spy and he is not spying now.”

In the same trial, Kovacs and three others are also facing fraud charges stemming from the fictitious employment of interns in the EU parliament in 2012-2013.

Szikinger said he expects the trial to conclude in the first half of next year.