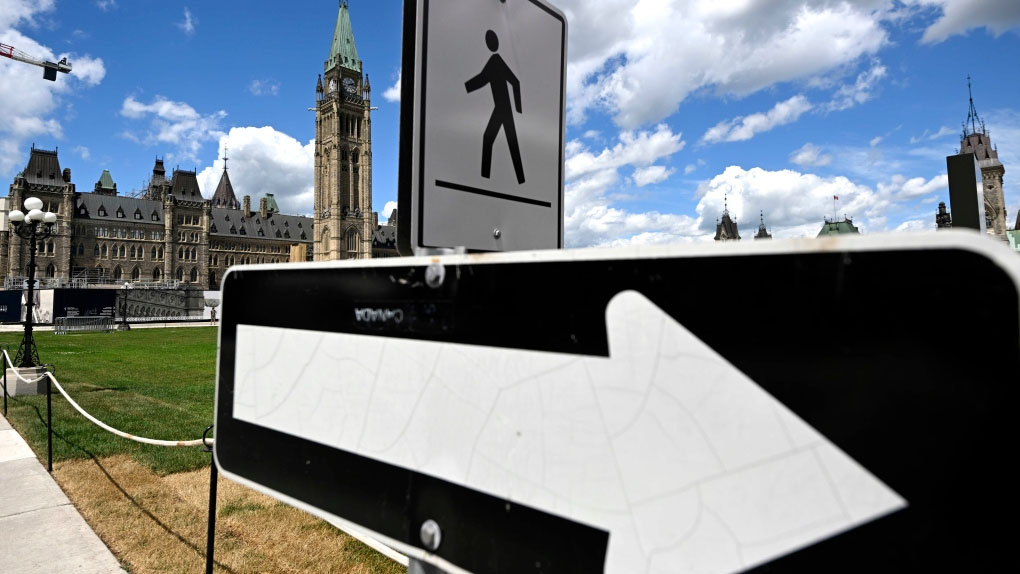 Members of Parliament are set to wrap up their work in Ottawa on Thursday afternoon, departing for their ridings until September, after Liberal, NDP and Green MPs voted to continue with hybrid sittings through 2023.

The motion from the Liberal government passed 177 to 144, and will allow MPs to continue to be able to virtually participate, from their homes or constituency offices, in House debates and committee meetings, until June 2023. The House has also set up an application that lets MPs vote remotely from anywhere in Canada, which will be continued under this model.

The motion had been the subject of debate in Ottawa since it was presented earlier this week, coming amid what appears to be an improving public health situation and despite concerns about accountability and the impact on parliamentary interpreters.

In defending the move, Government House Leader Mark Holland has said that while many Canadian workplaces are in the process of readjusting to in-person work, he thinks it’ is important to continue the hybrid model for MPs to allow those who are sick or have to be away from the House for another reason, to still participate.

Prior to the pandemic-era sitting structure coming into effect, MPs did find workarounds to have their votes counted through procedural measures like pairing, but did not have the ability to participate in debate without being present in the Chamber.

The Conservatives were strongly against continuing the hybrid sitting model, questioning why the government has decided to pre-emptively continue with it—citing fears of a potential new wave of COVID-19 infections or a new variant—instead of waiting to see what the pandemic situation is like come September, when the fall sitting kicks off.

Conservative House Leader John Brassard has called the proposal “unjustified and unnecessary,” and warned about the knock-on affects of continuing with a system—which recently crashed due to a connectivity issue— that was not intended to be a permanent element of parliamentary business.

The Bloc Quebecois also voted against keeping the virtual sittings, after members of that caucus pointed out the precariousness of relying on online tools to facilitate participation in Parliament following this week’s “internet service” outage.

Now, the Liberals will be asking the Procedure and House Affairs Committee to study the utilization of the hybrid model and voting app to see what worked, or didn’t, in the context of potentially maintaining it long term. However, there’s no timeline attached to this study.

If the MPs on this committee come forward in less time, or if the pandemic seems to be over within the next year, Holland said the House of Commons isn’t bound to upholding hybrid provisions for the full year. However, now that this motion has passed, another motion would have to come and pass to supersede it.

In the meantime, Holland pledged that with the exception of health circumstances, ministers will be present to answer questions in the House, in-person.

Since the end of April, MPs have been burning the midnight oil, regularly holding late-night sittings in an effort to move through more of the government’s legislative agenda over the last few months.

In the last few weeks, the Liberals have managed to pass a handful of their priority bills into the Senate, which is scheduled to sit into next week to continue studying and passing legislation before also adjourning for the summer.