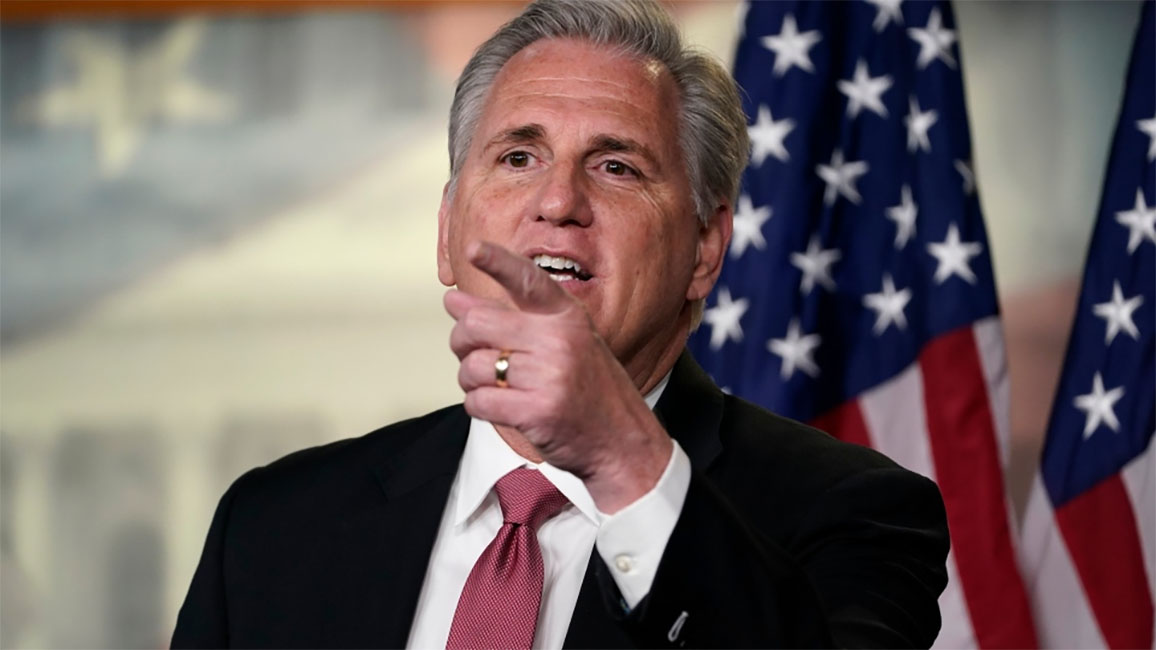 A police officer who was injured in the Jan. 6 Capitol insurrection and has pushed for an independent commission to investigate the attack will meet with U.S. House Republican leader Kevin McCarthy on Friday, according to two people familiar with the meeting.

Officer Michael Fanone has said for weeks that he wanted to meet with McCarthy, who has opposed a commission and remained loyal to former U.S. President Donald Trump. It was a violent mob of Trump’s supporters that attacked the Capitol and interrupted the certification of U.S. President Joe Biden’s victory after the former president told them to “fight like hell” to overturn his defeat.

The meeting comes after House Speaker Nancy Pelosi announced Thursday that she is creating a special committee to investigate the attack. She said a partisan-led probe was the only option left after Senate Republicans blocked legislation to form a bipartisan commission.

Fanone is expected to be joined by Capitol Police Officer Harry Dunn, who was also among the officers who responded to the rioting, and Gladys Sicknick, the mother of Capitol Police Officer Brian Sicknick, according to one of the people and a third person familiar with the meeting. Brian Sicknick collapsed and died after engaging with the mob; a medical examiner ruled that he died of natural causes.

The three people spoke on condition of anonymity to discuss the private meeting.

The meetings are part of an effort by the officers and family members to bring attention to the violence of that day and to win Senate approval of a bipartisan commission. The group has become more active as some House Republicans have begun to downplay the severity of the insurrection, in which Trump’s supporters brutally beat officers, broke through windows and doors of the Capitol and hunted for lawmakers.

Fanone, Dunn and Gladys Sicknick have all aggressively lobbied for the commission — which would be modeled after a similar panel that investigated the 9/11 terrorist attacks — and they visited the offices of several Republican senators before the vote last month. Seven Republican senators voted with Democrats to consider the legislation that would form the bipartisan panel, but it still fell short of the 60 votes needed to move forward.

Fanone, a Metropolitan Police officer who has described being dragged down the Capitol steps by rioters who shocked him with a stun gun and beat him, said then that it is “necessary for us to heal as a nation from the trauma that we all experienced that day.”

Similarly, Dunn has described fighting the rioters in hand-to-hand combat and being the target of racial slurs.

The House passed the bill to form a commission last month, and Pelosi, D-Calif., said it was her preference to have an independent panel lead the inquiry. But she said Thursday that Congress could not wait any longer to begin a deeper look at the insurrection.

“Jan. 6 was a day of darkness for our country,” Pelosi said, and the “terror and trauma” to members and staff who were there is something she cannot forgive. She said there is no fixed timeline for the committee, which will investigate and report on the facts and causes of the attack and make recommendations to prevent it from happening again.

She did not say who will lead or serve on the panel.

Pelosi’s official announcement, two days after she signaled to colleagues that she would create the committee, means Democrats will lead what probably will be the most comprehensive look at the siege. More than three dozen Republicans in the House and the seven Republicans in the Senate said they wanted to avoid such a partisan investigation and supported the legislation to form a commission.

Pelosi says that the select committee could be complementary to an independent panel and that she is “hopeful there could be a commission at some point.” Senate Majority Leader Chuck Schumer, D-N.Y., has said he might hold a second vote, but there’s no indication that any GOP votes have changed.

McCarthy didn’t comment on the select panel after Pelosi’s announcement, saying only in a brief interview that he hadn’t heard about it.

Many Republicans have made clear that they want to move on from the Jan. 6 attack, brushing aside the many unanswered questions about the insurrection, including how the government and law enforcement missed intelligence leading up to the rioting and the role of Trump before and during the attack.

And some Republicans have gone further, with one suggesting the rioters looked like tourists and another insisting that a Trump supporter named Ashli Babbitt, who was shot and killed that day while trying to break into the House chamber, was “executed.”

And last week, 21 Republicans voted against giving medals of honor to the U.S. Capitol Police and the Metropolitan Police to thank them for their service on Jan. 6. Dozens of those officers suffered injuries, including chemical burns, brain injuries and broken bones.

McCarthy voted for the measure.

Seven people died during and after the rioting, including Babbitt and three other Trump supporters who died of medical emergencies. In addition to Sicknick, two police officers died by suicide in the days that followed.