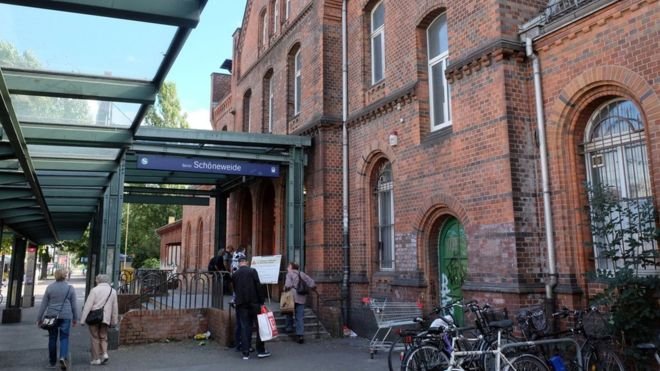 Two homeless men in Berlin have been rushed to hospital with life-threatening burns, after they were doused in flammable liquid and deliberately set on fire.

The men, aged 47 and 62, were attacked at the city’s Schöneweide train station shortly before midnight on Sunday.

Witnesses managed to put out the flames with a fire extinguisher from a nearby kebab shop, German media report.

The 47-year-old victim is said to be in a coma.

Police have launched an investigation for attempted murder.

The culprit has not yet been identified, and the motive is unknown.

Officers were seen overnight on Sunday searching the torched remains of the men’s blankets, pillows and few possessions.

The unnamed victims are said to be German citizens.

This is far from the first attack on Berlin’s homeless population in recent years.

In 2016, seven young people attacked a homeless man in the Schönleinstraße underground station on Christmas Day, attempting to set him on fire.

A train driver used a fire extinguisher to control the flames as passers-by helped to put them out.

Though the victim was not seriously injured, the assault shocked Germany.

French school in row over tracking