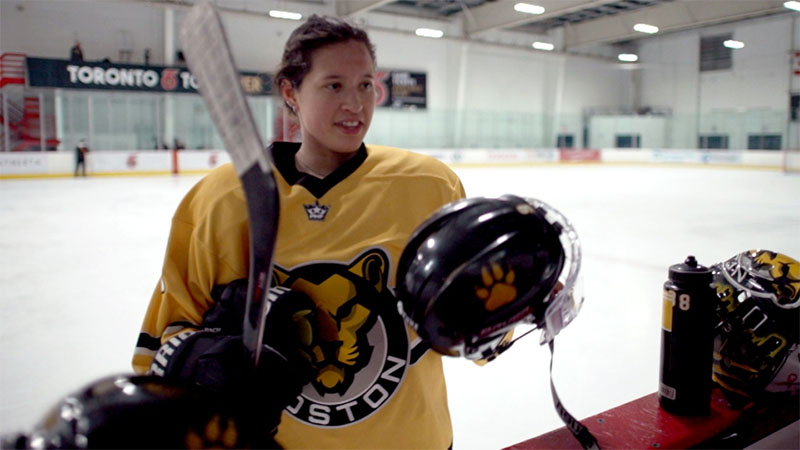 A former Boston College hockey player alleges she was raped in 2015 by one of the school’s football players and that school officials failed to support her.

In an interview with W5, Tori Sullivan, a 25-year-old forward with the Boston Pride of the six-team Professional Hockey Federation, said that she was sexually assaulted following a party on Halloween in 2015.

W5 is aware of the identity of Sullivan’s alleged attacker but is not reporting his name at her request.

Sullivan said she told teammates and school officials about what had happened during the weeks following her alleged rape. As Sullivan struggled to cope with the trauma, she began to self-medicate with alcohol and suffered from suicidal ideation.

As her health deteriorated and Sullivan chose to take a medical leave from Boston College, she said her hockey coaches directed her teammates to block her on social media, and drop her from group text messages.

In 2017, when Sullivan said she was ready to return to campus and resume her hockey career, the school’s coaching staff kicked her off the team, she said.

“They trashed me,” Sullivan said. “Crumpled me up and tossed me away… I think they cared about a lot of other different things [rather] than the life of a human being and one of their own.”

Sullivan transferred to Northeastern University and played on two conference champion teams before moving on to pro hockey.

“Boston College treats any allegation of sexual misconduct with the utmost seriousness and provides extensive care, support, resources, and legal options for all of its students,” Boston College associate athletic director Jason Baum wrote in a statement to W5. “That standard is met in all cases, and any insinuation that a student-athlete was not supported is patently false.”

“The student-athlete’s decision to transfer to another university was made of her own accord,” Baum wrote. “Despite these specious accusations, we continue to wish her the best in her endeavors.”

“I just was like, ‘This is just so similar and just so awful and heartbreaking,’” Sullivan said. “You know, you have another hockey player who’s been through a similar situation. This is a sign, you know, this is an invitation for you to tell your story.”

Sullivan recently filed a request asking Boston College to probe how university staff handled her case. The school told Sullivan it would not open an investigation, partly because it does not have the ability to compel the former football player or other witnesses to participate.