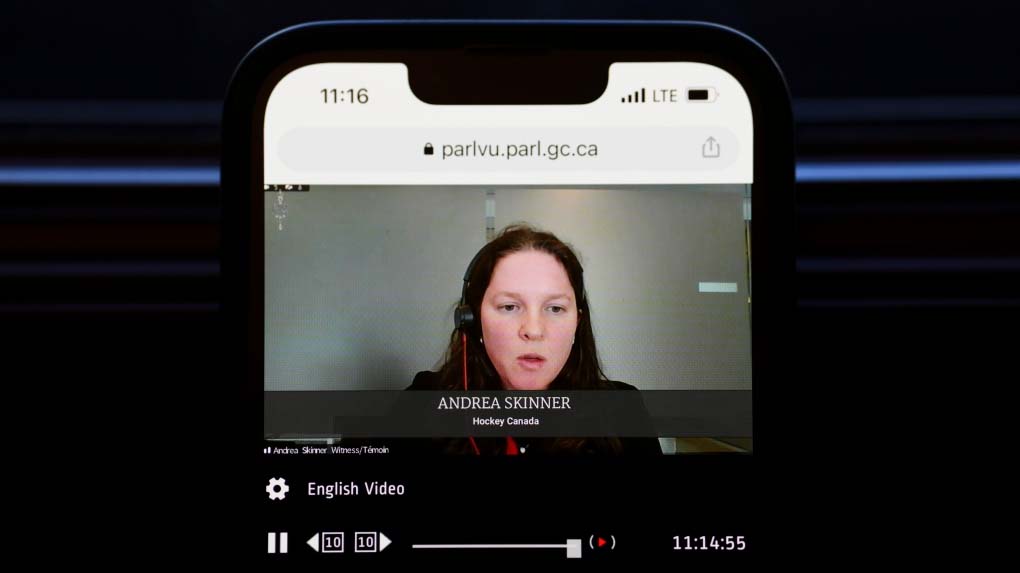 The director and interim chair of the board of Hockey Canada, Andrea Skinner, has resigned amid increasing backlash over the organization’s handling of alleged sexual assaults, according to a release Saturday by the Hockey Canada Board of Directors.

“I joined the Hockey Canada Board of Directors in November 2020 as a volunteer. It was my strong commitment to making the game more safe, accessible, inclusive and welcoming,” Skinner said in a statement.

“Upon reflection, it is clear to me from recent events that it no longer makes sense for me to continue to volunteer my time as Interim Chair or as a Director of the organization.”

Skinner resigns days after a parliamentary committee hearing on Tuesday where she defended Hockey Canada’s handling of allegations of sexual assault. She had only served as interim chair for about two months after former board chair Michael Brind’Amour stepped down Aug. 6.

“I think it’s interesting to note that Andrea Skinner’s position was a volunteer one, and it does raise some interesting questions,” TSN’s Rick Westhead told CTV National News on Saturday.

Westhead notes Hockey Canada CEO Scott Smith has been under intense pressure to resign as well.

“His position is a paid one,” Westhead said. “The question now with Andrea Skinner leaving is who might negotiate a severance package for Scott Smith and his leadership team?”

Hockey Canada has been under the national microscope since May when it was revealed it had settled a lawsuit with a woman who alleged she was sexually assaulted by eight players from the 2018 national junior men’s hockey team during a June gala event in London, Ont., that year.

Among other revelations that followed was Hockey Canada’s admission it drew on minor hockey membership fees to pay for uninsured liabilities, including sexual abuse claims.

Also, Halifax police were asked to investigate an alleged sexual assault by members of the 2003 national junior men’s team.

The federal government has frozen Hockey Canada’s funding, and the organization has been bleeding sponsorships, with brands such as Nike, Canadian Tire, Scotiabank and Tim Hortons suspending their support.