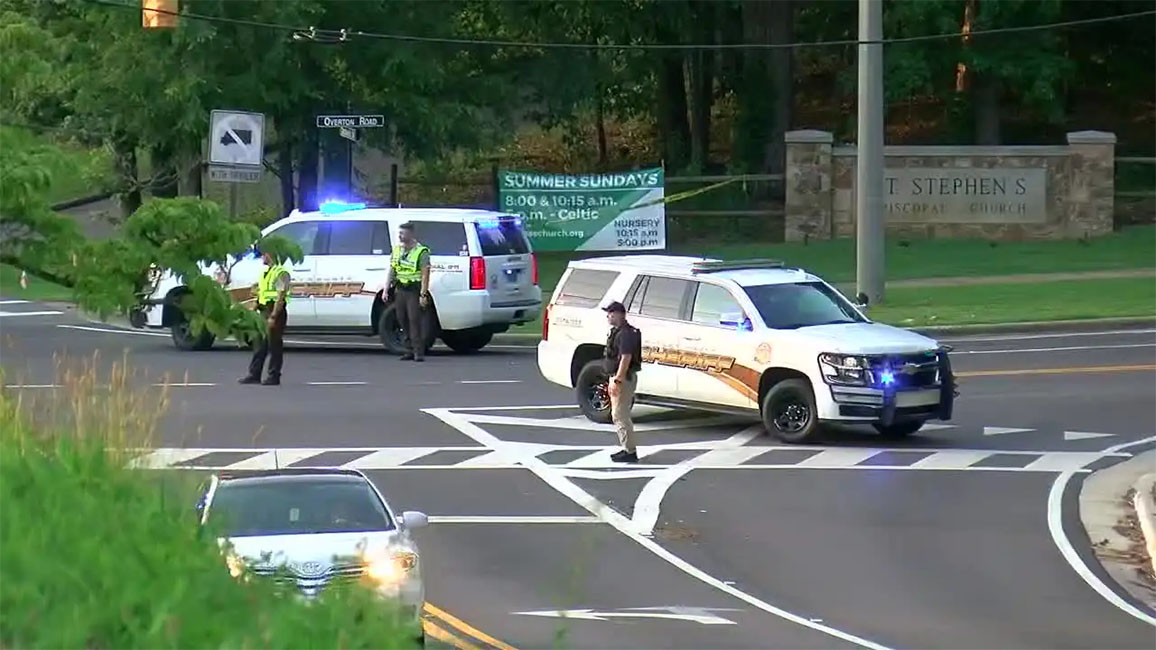 VESTAVIA HILLS, ALA. – The 71-year-old visitor had previously attended some services at St. Stephen’s Episcopal Church before police say he showed up for a potluck dinner, pulled a handgun and fatally shot three of the elderly participants, one of whom died in his wife’s arms as she whispered words of love in his ear.

Police said church members were spared further violence Thursday evening when someone at the dinner subdued the gunman and held him until police arrived. The suspect was in custody Friday while prosecutors prepared warrants to charge him with murder.

The baffling violence in a wealthy suburb outside Birmingham left victims’ families in disbelief, stunned a community known for its family-centred lifestyle and deepened unease in a nation still reeling from recent slaughter wrought by gunmen who attacked a Texas school, a New York grocery store and another church in California.

Two of the Alabama shooting victims were 84; the third, 75. They had gathered with other church members for a “Boomers Potluck.” St. Stephen’s was Walter Barlett Rainey’s favourite place, a church that “welcomes everyone with love,” according to his family. They said in a statement Friday that it was hard to believe he was killed attending a church dinner with his wife of six decades.

“We are all grateful that she was spared and that he died in her arms while she murmured words of comfort and love into his ears,” said the statement provided by the 84-year-old Rainey’s daughter, Melinda Rainey Thompson.

“We are proud that in his last act on earth, he extended the hand of community and fellowship to a stranger, regardless of the outcome,” Rainey’s family said.

Police said Sarah Yeager, 75, of Pelham died soon after being taken to a hospital Thursday. The third victim, an 84-year-old woman, died Friday. Police did not immediately release her name, citing a request by her family for privacy.

More people likely would have been killed or injured had the shooter not been stopped, Vestavia Hills police Capt. Shane Ware said.

“It was extremely critical in saving lives,” Ware told a news conference Friday. “The person that subdued the suspect, in my opinion, was a hero.”

Ware said the suspect and the three victims were all white. He said police are still investigating what motivated the suspect, who occasionally attended services at the church. He said the man’s name is being withheld until prosecutors formally charge him with capital murder.

Investigators executed a search warrant at a home in relation to the shooting, police said in a statement Friday. They did not say what they were searching for or whose home it was.

The church gathering Thursday was described as a “Boomers Potluck,” according to messages posted on the church’s Facebook page by the Rev. John Burruss, the pastor. He said he was in Greece on a pilgrimage with a group of members and trying to get back to Alabama.

Vestavia Hills Mayor Ashley Curry told reporters his “close-knit, resilient, loving community” had been rocked by “this senseless act of violence.” The bedroom community is home to many businesspeople, doctors and lawyers who work in nearby Birmingham. Vestavia Hills is known for top-flight schools and a suburban lifestyle. It has nearly 40,000 residents, most of whom are white.

The Rev. Rebecca Bridges, the church’s associate rector, led an online prayer service on the church’s Facebook page Friday morning. She prayed not only for the victims and church members who witnessed the shooting, but also “for the person who perpetrated the shooting.”

Bridges, who is currently in London, alluded to other recent mass shootings as she prayed that elected officials in Washington and Alabama “will see what has happened at St. Stephens and Uvalde and Buffalo and in so many other places and their hearts will be changed, minds will be opened.”

There have been several high-profile shootings in May and June, starting with a racist attack on May 14 that killed 10 Black people at a supermarket in Buffalo, N.Y. The following week, a gunman massacred 19 children and two adults at an elementary school in Uvalde, Texas.

Thursday’s shooting happened just over a month after one person was killed and five injured when a man opened fire on Taiwanese parishioners at a church in Southern California. It comes nearly seven years to the day after an avowed white supremacist killed nine people during Bible study at Emanuel AME Church in Charleston, S.C.

Agents with the FBI, U.S. Marshals Service and the Bureau of Alcohol, Firearms, Tobacco and Explosives joined investigators at the scene, which remained cordoned off Friday with yellow police tape as police vehicles with flashing lights blocked the route to the church.

On Saturday, thousands of people rallied in the U.S. and at the National Mall in Washington, D.C., to renew calls for stricter gun control measures. Survivors of mass shootings and other incidents of gun violence lobbied legislators and testified on Capitol Hill earlier this month.

Alabama Gov. Kay Ivey issued a statement late Thursday lamenting what she called the shocking and tragic loss of life. Although she said she was glad to hear the suspect was in custody, she wrote: “This should never happen — in a church, in a store, in the city or anywhere.”

US FDA opens way to COVID vaccines for children under five