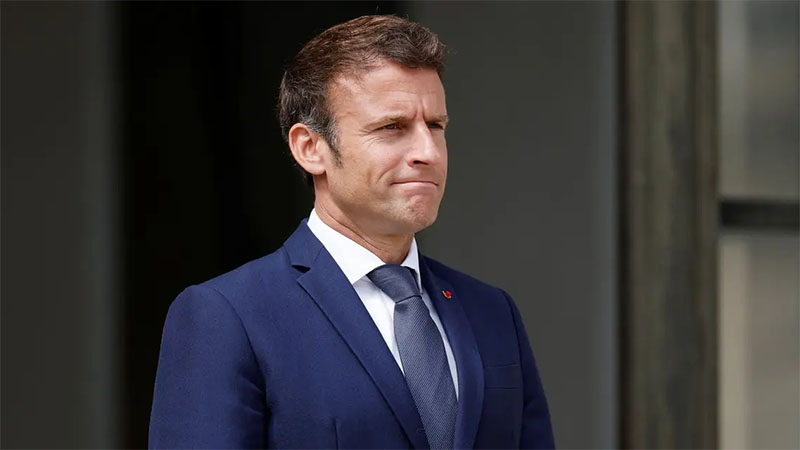 France’s president said on Friday he saw little chance of an agreement with Russia for now to get grain out the Ukrainian port of Odesa but said there were talks to regenerate rail routes linking Odesa to the Danube in Romania as an alternative.

Ukraine’s inability to use its major deep-sea port, Odesa, because of Russia’s military incursion has led to a jump in global food prices and warnings by the United Nations of hunger in poorer countries that rely heavily on imported grain.

Russia denies it is the cause of the problem and blames Kyiv for failure to get grain ships out of Odesa. The United Nations is trying to broker a deal to resume Ukraine’s sea exports in return for facilitating Russian food and fertilizer exports, but that would need Moscow’s green light.

“We have to talk with Russia on food security and it (discussions) can be justified by liaising directly with the U.N. secretary general to get grains out of Odesa,” Macron told BFM TV on his way back from Ukraine.

“But I don’t believe a lot in this path, because I already had talks a few weeks ago with President (Vladimir) Putin, but he didn’t want to accept a U.N. resolution on this subject.”

After holding discussions with his Ukrainian, German, Italian and Romanian counterparts in Kyiv on Thursday, Macron told broadcaster TF1 that options were being looked at to revamp a rail route from Odesa to the Danube river in Romania.

Romania has been one of the alternative routes used to export Ukrainian grain.

“Odesa is a few dozen kilometres from Romania, and through Romania (we would) be able to access the Danube and the railway,” Macron said. “We are in the process of creating a kind of connection point where we could export this grain much more strongly, quickly and massively than we do today.”

A diplomatic source aware of the idea said the initiative would see grains eventually moved to the Black Sea port of Constanta where they could then be exported on larger vessels.

Macron said Paris would send experts to help Bucharest as it ramps up investment for the scheme.

Ukraine aims to use road, river and rail connections to increase its monthly grain exports to around 2 million tonnes, but this remains well below pre-war volumes of up to 6 million.