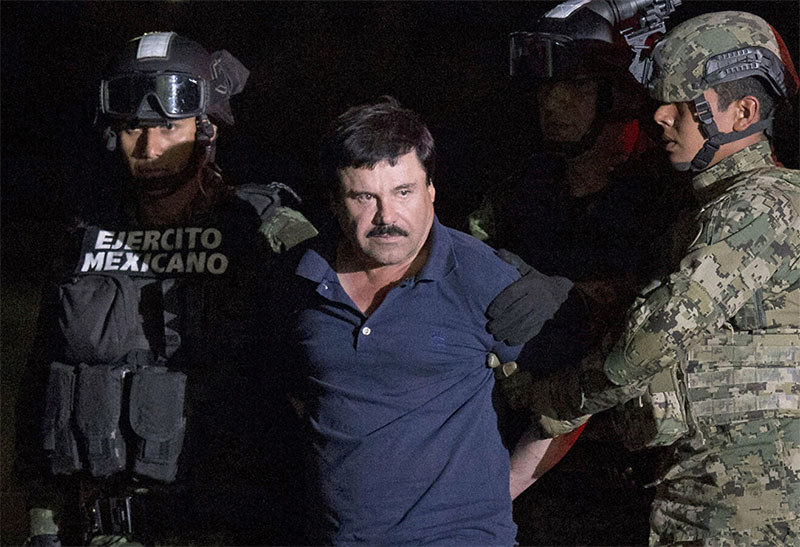 El Chapo used money from his cousin, the drug dealer Arturo Beltran Leyva, to treat prison as though it was a five-star hotel, according to a new book, written by a Mexican journalist.

Cartel lord Joaquin Guzman, known as El Chapo, spent his first prison term like a king, getting whatever he needed, including expensive meals, drugs and women.

“During his years at Puente Grande [prison], El Chapo was a drug and sex addict,” writes Anabel Hernandez in Emma and the Other Narco Women, a new book about the life of Mexican cartels, which is expected to be on sale on 25 January.

“They brought in prostitutes from outside, and when that was not possible they paid nurses, cleaners and cooks who worked in the penal system”, Hernandez writes.

According to her, El Chapo even competed with fellow prisoner Hector Luis Palma Salazar (also a Sinaloa drug trafficker), on who could last the longest during sexual acts and who could have more girls.

The drug lord even had sex with female prisoners: according to the book, one of them was robber Zulema Yulia Hernandez, who became pregnant at least twice, so El Chapo had to arrange abortions for her from the prison.

The author also writes that the crime boss ordered food from luxurious Mexican restaurants – as well as an insane amount of Viagra, which could explain his “competition” with Salazar.

The cartel leader was jailed in 1993 for his role in the assassination of Cardinal Juan Jesus Posadas Ocampo. However, after eight years of luxurious prison life, he escaped in January 2001. The official version was that he left the prison in a laundry cart, but Henandez believes that El Chapo left the building dressed as a cop “with the complicity of many federal authorities”.

In 2019, the notorious criminal received a life sentence in the US, and is now serving his term at a maximum-security prison in Colorado, where his conditions are believed to be far from the opulence he used to enjoy in more lax prisons.