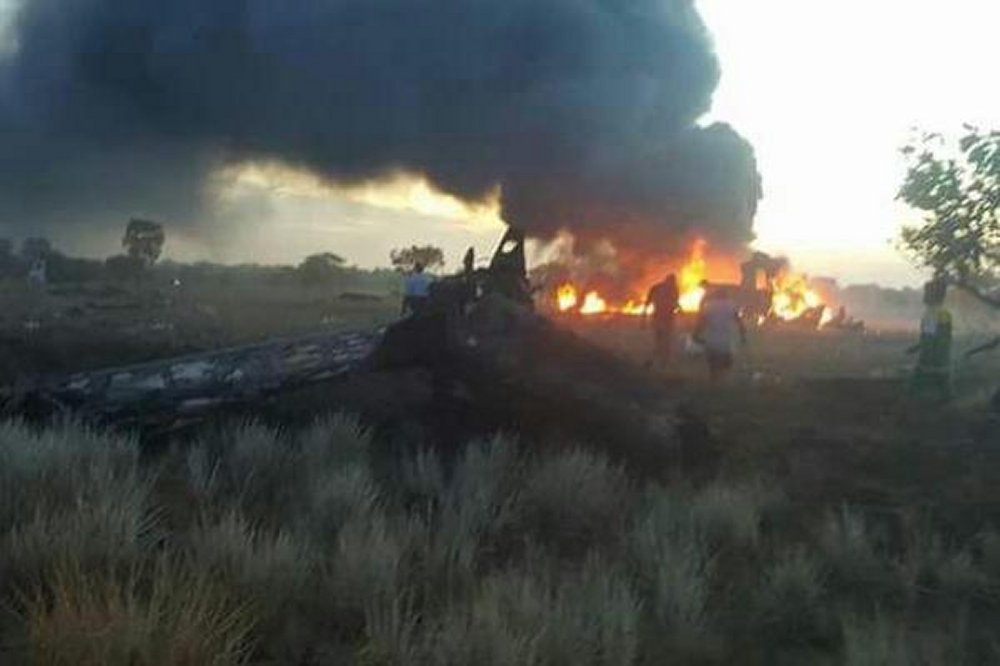 The cargo plane was scheduled to fly from Puerto Carreño’s Germán Olano Airport to Bogota on Tuesday but it crashed at 5:23 p.m.

“After the accident, five crew members died and flight technician Diego Armando Vargas Bravo survived, who was immediately transferred to the San Juan de Dios Hospital in the municipality, where he is currently being stabilized by medical personnel,” the aviation agency, known as Civil Aeronautics, said in a statement. “In the next few hours, he will be transported to Bogota on an ambulance plane from the Colombian Air Force.”

The plane crashed about 10 miles from the airport after a failed takeoff.