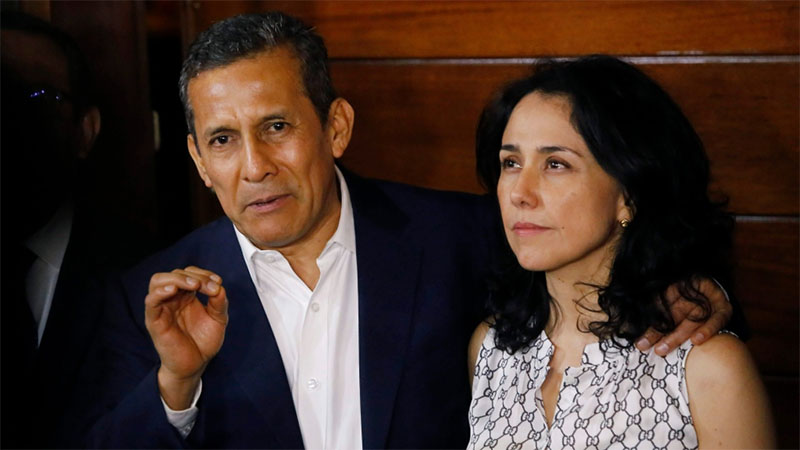 LIMA, PERU — A Peruvian judge started on Monday a trial for corruption against former President Ollanta Humala and his wife, both accused of money laundering in a scandal involving Brazilian construction giant Odebrecht that has stained the highest political leaders in this South American country over the last two decades.

Humala is the first former leader of Peru standing trial in Latin America’s biggest graft scandal, although three other ex-presidents have been involved in the case.

Prosecutors accused Humala and his wife of receiving over $3 million from Odebrecht for his presidential campaigns in 2006 and 2011. Both denied any wrongdoing.

Humala is a former army colonel who lost the 2006 election but won five years later. Prosecutors seek a 20-year sentence for the former leader and 26 years for his wife Nadine Heredia, who’s been accused of having used the money to buy some properties.

Odebrecht admitted in a U.S. Justice Department plea agreement to paying $800 million in bribes to high-ranking officials around the region in exchange for lucrative public works contracts.

The trial is being done virtually because of the pandemic.

Humala and his wife were arrested in 2017 as a preventative measure but released the next year. Now, the former first lady is under house arrest and the ex-president is free, although he needs to go to a court every month to report and sign before a judge.

Former President Alejandro Toledo, in office from 2001 to 2006, has also been accused of illegally receiving money from Odebrecht and who’s facing an extradition process from the U.S. Ex-leader Pedro Pablo Kuczynski, who left office in 2018, is under house arrest for similar charges.

Three other former Peruvian presidents have been involved in the Odebrecht corruption scandal.

Former leader Alan Garcia, in office from 2006 to 2011, shot himself in the head in 2019 as authorities arrived at his home to arrest him in connection with the Odebrecht probe.