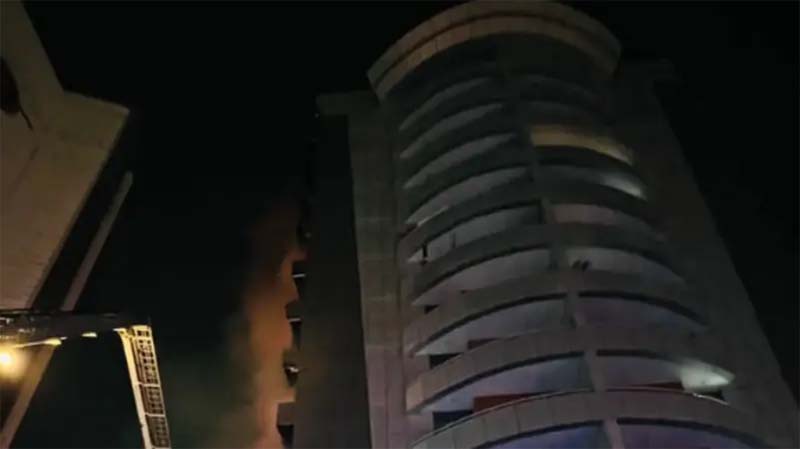 Emergency services have brought a fire under control in a residential building in Dubai, Dubai Media Office said on Wednesday.

Emergency services could be heard approaching the area at around 9 pm, with videos and photos on Twitter showing a fire blazing from the roof.

Services have cordoned off the area around the tower, with fire crews still at the scene as of 10:30 pm. Numerous emergency vehicles were at the scene.

A large crowd was gathered around the area, with residents coming down from their buildings to watch the scene.

“Dubai Civil Defense teams have brought under control a fire on the façade of a residential building in Barsha Heights. All residents were earlier safely evacuated & no injuries have been reported from the incident,” the Dubai Media office said in a tweet on Wednesday evening.