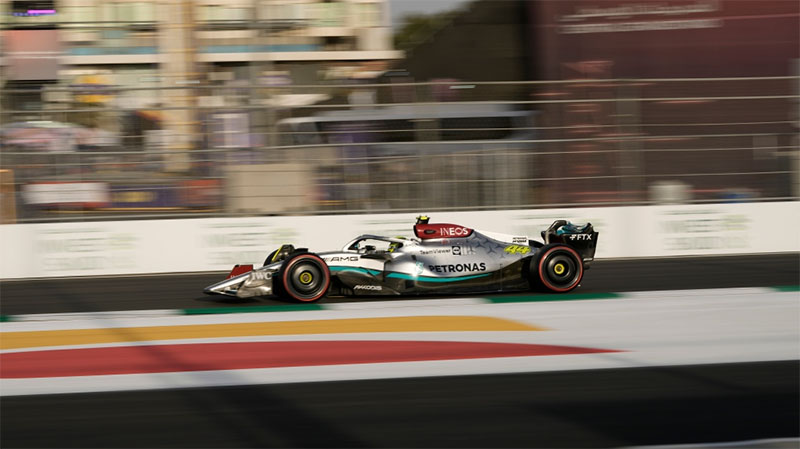 JEDDAH, SAUDI ARABIA – Formula One drivers took to the track in Saudi Arabia as scheduled Saturday after receiving “detailed assurances” of their safety a day after an attack on the kingdom by Yemen’s Houthi rebels.

Championship leader Charles Leclerc of Ferrari was again in good driving form, leading the third practice session to make it a clean sweep ahead of qualifying under floodlights later.

But focus was elsewhere, notably on why F1 confirmed racing would go ahead despite the attack on an oil depot located about 11 kilometers (seven miles) from the racetrack.

“We had quite a few high-ranked authorities yesterday. They explained the situation,” Aston Martin’s Mike Krack said. “They explained it to us in a very credible way and it’s made all the 10 (team principals) confident.”

“There was also another defense person, not from here but from a different country, who looked into that independently and confirmed everything is in place,” Capito said, without revealing who it was.

But Haas team principal Guenther Steiner said a similar attack to Friday’s could change their minds.

“Obviously I have to say yes, we would reconsider our position,” he said. “If something happens we will cross that bridge when we get to do it. I still feel safe.”

Friday’s attack happened during the first practice, and the 20 drivers met in talks that stretched past 2 a.m. to discuss safety concerns.

“We went into long discussions between ourselves, with our team principals, and with the most senior people who run our sport,” the Grand Prix Drivers’ Association said in a statement. “A large variety of opinions were shared and debated.”

Ferrari principal Mattia Binotto said it was “important to listen to drivers” but that the decision to continue was correct.

“It has been a long night but first let’s focus on the facts. We know that it’s not the first time it’s happening in this country and in this area,” he said. “Leaving the country would simply not have been the right choice.”

“No one has left and no one has asked to leave,” he said.

Team principals Andreas Seidl (McLaren), Steiner, Capito and Krack also said no drivers or team members had asked to leave but would not have been stopped from doing so.

“We were very clear about that when we brought everybody together,” Krack said. “There is no difference if it’s a driver or a team member because they are all valuable.”

The top three drivers from qualifying were scheduled to speak to the media later Saturday.

In an earlier statement, F1 and governing body FIA confirmed that “following discussions with all the teams and drivers,” the grand prix “will continue as scheduled.”

“There has been extensive discussion between all stakeholders, the Saudi government authorities and security agencies who have given full and detailed assurances that the event is secure,” the statement said.

The Houthis acknowledged the attacks on Friday evening and Saudi Arabia state TV called it a “hostile operation.” The Jeddah oil depot erupted in flames when attacked during Friday’s first practice session. It caused a raging fire that rattled the drivers enough to hold extraordinary talks regarding F1’s presence in Saudi Arabia.

Many drivers expressed their concerns about racing in the region and Saudi Arabia’s human rights record when F1 ran its inaugural event at the circuit last December. Now back at the track a little over three months later, tensions are heightened amidst the attacks.

The attack targeted the North Jeddah Bulk Plant, the same fuel depot the Houthis had attacked five days earlier. The plant is just southeast of the city’s international airport, a crucial hub for Muslim pilgrims heading to Mecca.

The plant stores diesel, gasoline and jet fuel for use in the kingdom’s second-largest city. It accounts for over a quarter of all of Saudi Arabia’s supplies and also supplies fuel crucial to running a regional desalination plant.

The Houthis have twice targeted the North Jeddah plant with cruise missiles. One attack came in November 2020. The second attack was Sunday as part of a wider barrage by the Houthis.

Also, a Saudi-led coalition fighting Iran-backed Houthi rebels in Yemen unleashed a barrage of airstrikes on Yemen’s capital and a strategic Red Sea city, officials said Saturday. The overnight airstrikes on Sanaa and Hodeida — both held by the Houthis — followed the attack by rebels on the oil depot in Jeddah.