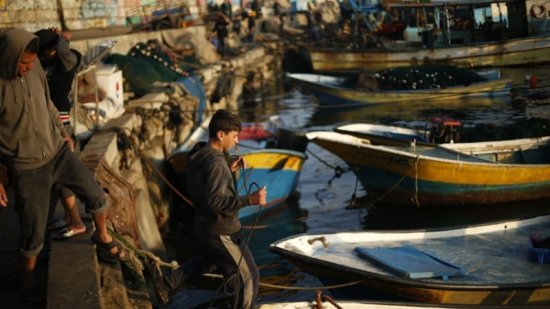 For the 4,000 registered fishermen in the besieged Gaza Strip, a proposed Israeli plan to let them temporarily fish farther out from shore is “far from enough”.

Fishermen told Al Jazeera that Israel’s move to slightly expand the fishing zone limit from six to nine nautical miles, implemented this week, will have little effect in reality.

“It’s economically pointless, and this is just a publicity stunt that Israel is using to improve their image internationally.”

The expansion, which will last for six weeks, is not applicable to boats in Gaza’s northern port. The limit for these will remain at six nautical miles.

The purpose of the expansion is to boost Gaza’s economy, which is heavily reliant on the fishing sector.

However, the decline of Gaza’s fishing sector is a consequence of Israeli policy. In 2007, following the election victory of Hamas and the group’s assumption of control over the territory, Israel imposed a strict land, aerial and naval blockade on Gaza.

As a result, profits from fishing exports have dwindled, while limited access to raw materials has left most boats lacking the necessary renovations needed to function at full potential.

In 2013, neighbouring Egypt, which has largely shut its border crossing with Gaza, blocked tunnels connecting Gaza with Egypt’s al-Arish. This stemmed the flow of goods, including fuel, used to generate the power needed for boats to leave Gaza’s port.

Although the expansion allows the fishermen to reach a wider array of fish, the nine-mile nautical border us still not enough to serve some 1,000 boats.

Under the Oslo Accords signed in 1993, Israel is obligated to permit fishing up to 20 nautical miles, but this has never been implemented.

The widest range Israel has allowed in the past 10 years is 12 nautical miles, and at times, the limit was reduced to one nautical mile, Ayash said.

Israel has over the past decade launched three major assaults on Gaza that have heavily damaged much of the city’s infrastructure. During these assaults, fishing has been prohibited altogether.

Overfishing in a small area over the years has decreased fish population and depleted fish breeding grounds.

“Back before the 2006 political split, when we were allowed to sail 20 nautical miles, the number of boats and fishermen was less, and the amount of our haul was higher than what we capture now,” Ayash said.

“We used to catch fish that amounted to 4,000 tonnes, which adequately covered the market’s demands. But today, 1,800 tonnes, comprising mostly tiny fish, barely does anything for the local market.”

The profession has been deemed hazardous by rights organisations due to Israel’s harassment of fishermen at sea. According to Ayash, if a boat hovers close to the six-nautical-mile border mark, it is immediately confiscated and never returned.

Those at sea also risk being arrested and shot by Israeli forces, Miriam Marmur from Gisha, an Israeli rights organisation, told Al Jazeera, “Fishermen deemed to have exceeded the boundaries by Israel’s navy are shot, their boats are confiscated, and they are sometimes arrested.”

Earlier this year, Israeli forces opened fire on a vessel it accused of breaching the blockade in Gaza’s north, killing 33-year-old Muhammad al-Hissi.

In 2016, there were 126 incidents in which the Israeli navy fired at Palestinian fishermen and their boats. That year, 12 fishermen were injured, and 121 were detained, according to the Gaza-based Palestinian Centre for Human Rights (PCHR).

However, many of Gaza’s fishermen hope that the newly introduced reconciliation deal between Fatah and Hamas will help alleviate their daily suffering.

“We call on our unity government, in the midst of the reconciliation process, to work wholeheartedly on our plight … We suffer on a daily basis – we suffer in our homes, and we suffer at sea to obtain our livelihoods,” Ayash said.

“Israel cannot always be above the law. We also call on the world to pressure Israel and stop this farce.”