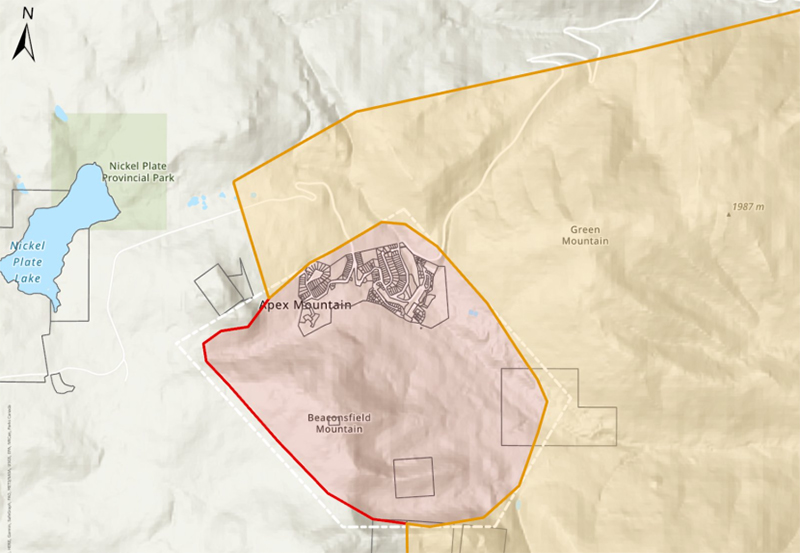 A growing wildfire near a B.C. mountain resort prompted an evacuation order for the village Monday morning.

While 25 properties were placed on evacuation order over the weekend, an order for hundreds more was issued Monday, this time in Apex Mountain Village. Those in the area are being told they must leave immediately and to expect RCMP to help expedite the process.

Dozens of other properties are under evacuation alert.

The fire was discovered Friday and officials say it has been a challenge to combat as much of the blaze “is located in terrain that is inoperable for air tanker and heavy machinery support.”

Local fire departments including Keremeos, Naramata and Summerland have all sent crews and trucks to focus on protecting structures. At least one structure has been destroyed.

Over the weekend, Apex Mountain Resort deployed its snow cannons to spray water on its buildings and infrastructure in an effort to prevent them from catching fire from embers carried by the wind.