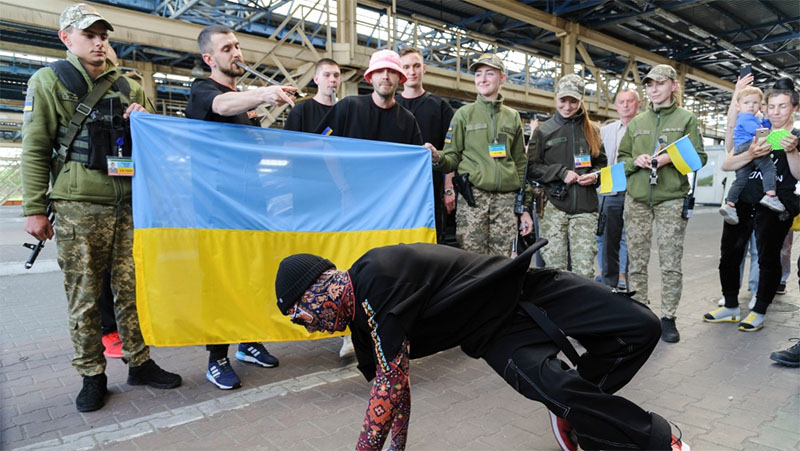 GENEVA – The organizer of the Eurovision Song Contest said Friday that it will start talks with the BBC on possibly holding next year’s event in the U.K. after concluding that it can’t be held in Ukraine. Kyiv said it disagreed with the decision and called for “additional negotiations.”

The event is traditionally staged by the previous year’s winner. Last month, Ukrainian band Kalush Orchestra won the 2022 contest, pushing Britain into the runner-up spot thanks to a surge of popular votes from viewers. The win buoyed Ukrainian spirits amid the Russian invasion.

Ukraine’s public broadcaster, UA:PBC, has staged the event twice before, in 2005 and 2017. The European Broadcasting Union said it had carried out “a full assessment and feasibility study” on the possibility of it doing so again.

It said the contest is one of the world’s most complex television productions and needs 12 months of preparation time.

The contest’s governing board “has with deep regret concluded that, given the current circumstances, the security and operational guarantees required for a broadcaster to host, organize and produce the Eurovision Song Contest” under the event’s rules cannot be fulfilled by the Ukrainian broadcaster, the EBU said in a statement.

It said it shares the broadcaster’s “sadness and disappointment that next year’s Contest cannot be held in Ukraine.”

“It is our full intention that Ukraine’s win will be reflected in next year’s shows,” the EBU said. “This will be a priority for us in our discussions with the eventual hosts.”

In a statement, Ukraine’s Culture Minister Oleksandr Tkachenko, UA:PBC’s supervisory board chairman and the country’s three Eurovision winners to date pushed back against the decision, arguing that holding the contest in Ukraine would send a “strong signal” of support.

“We will demand to change this decision, because we believe that we will be able to fulfill all the commitments we have made,” the statement said. “That is why we demand additional negotiations on hosting Eurovision 2023 in Ukraine.”

The BBC said in a statement that “clearly these aren’t a set of circumstances that anyone would want,” but that after the EBU decision “we will of course discuss the BBC hosting the Eurovision Song Contest.”

If that proved impossible, he said, “we would welcome the opportunity to work closely with Ukraine and the BBC to host it here in the U.K.”