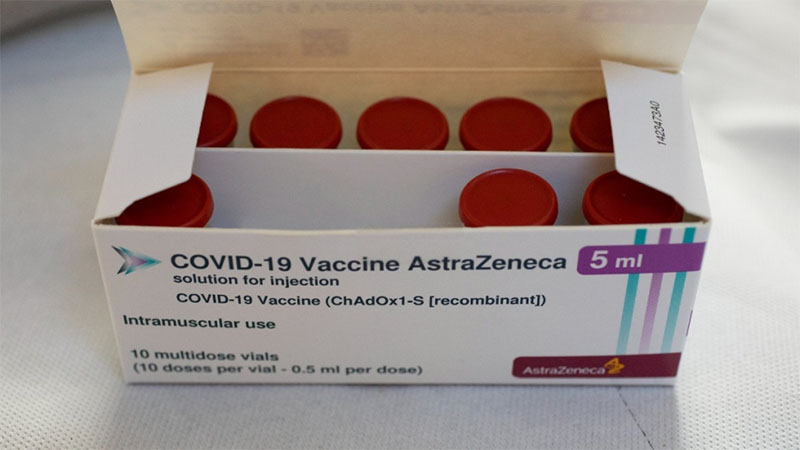 The European Union and drugmaker AstraZeneca said Friday that they reached a deal to end a damaging legal battle over the slow pace of deliveries of the company’s COVID-19 vaccines.

The European Commission, which is the EU’s executive branch, said AstraZeneca made a “firm commitment” to deliver a total of 300 million doses by March next year, as agreed under the advance purchasing agreement the two sides signed a year ago. About 100 million doses have already been supplied.

The settlement involves the Anglo-Swedish vaccine-maker providing 135 million doses by the end of this year plus a further 65 million doses in the first quarter of 2022. The EU’s 27 member countries will be given “regular delivery schedules” and discounts if supplies are delayed.

AstraZeneca was seen as a key pillar of the EU’s vaccine rollout, and the court tussle over delivery obligations further tarnished the company’s image after its shots were linked to very rare cases of blood clots. The commission insists it has no issue with the quality of the firm’s vaccines.

The AstraZeneca shot is also a linchpin in the global strategy to get vaccines to poorer countries. It is cheaper and easier to use than rival vaccines from Pfizer-BioNTech and Moderna and has been endorsed for use in over 50 countries. U.S. regulators are still evaluating the vaccine.

In June, a Belgian court ruled that AstraZeneca had committed a “serious breach” of its contract with the 27-nation bloc. The company said at the time that the ruling showed it “fully complied with its agreement” with the European Commission.

The executive vice president of AstraZeneca’s BioPharmaceuticals Business Unit, Ruud Dobber, said Friday that he was “very pleased that we have been able to reach a common understanding which allows us to move forward and work in collaboration with the European Commission to help overcome the pandemic.”

Dobber said in a statement that the company is “fully committed” to manufacturing the vaccine “for Europe following the release for supply of more than 140 million doses to date at no profit.” He added that the company also would work with the commission to support COVAX, the global vaccine-sharing program.

AstraZeneca said that, along with its partners, it has supplied more than 1.1 billion doses of vaccine to over 170 countries, and that approximately two-thirds have gone to low- and lower-middle-income countries.

The EU had claimed from the beginning that it launched an emergency legal procedure against AstraZeneca simply to secure the vaccine doses that EU member countries were promised. It accused the company of acting in bad faith by providing shots to other countries, notably former EU member Britain, and argued that it should have used its production sites in the U.K. to help fill the EU’s order.

But AstraZeneca argued that the challenges of producing and delivering the vaccine couldn’t have been foreseen during a once-in-a-century pandemic, and that its U.K. sites were primarily meant to be used to service its contract with the British government.

The advance purchasing agreement also foresaw an option for the delivery of an extra 100 million doses, which the commission has since declined to take up.