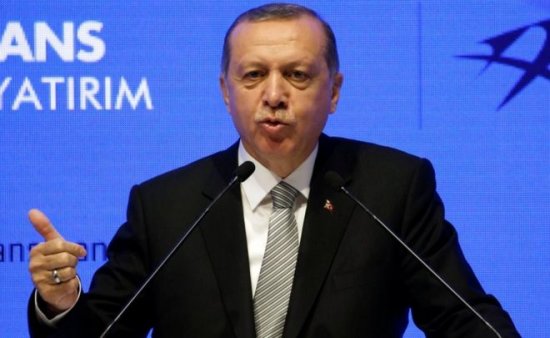 Turkish President Recep Tayyip Erdogan has told Germany it cannot scare Ankara with threats, in a growing row over the arrest of six human rights activists.

Germany had said it is reviewing all arms deals with Turkey, saying it must consider human rights when making export decisions.

“You (Germany) do not have the power to smear Turkey,” Mr Erdogan said.

The German government had warned its citizens they risked “arbitrary” arrest in Turkey.

“People who are travelling to Turkey for private or business reasons are urged to exercise increased caution,” the German foreign ministry said on Thursday.

But Mr Erdogan described the warning as “baseless and malicious”.

Frosty relations between the two Nato partners have chilled further in recent days over the Turkish authorities’ recent wave of arrests.

A German citizen, Peter Steudtner, and Amnesty International’s Turkey director, Idil Eser, were among those detained.

Responding to German criticism over the rights situation in Turkey, Mr Erdogan claimed that Turkish courts were “more independent” than German ones.

“Germany should sort itself out,” he added.

“I want to assure the German business community that German companies aren’t subject to any investigations for terrorist financing by Turkish authorities,” Mr Simsek said.

He said his country was committed to improving the investment climate, strengthening the rule of law, enhancing standards of democracy, and converging with European Union standards.

Germany’s Die Zeit website had reported that Turkey handed Angela Merkel’s government a list of 68 German companies and individuals accused of supporting the “terrorist” movement of US-based Muslim cleric Fethullah Gulen, who Turkey’s president blames for a failed coup against him.

Industrial giants BASF and Daimler were reportedly on the list, as well as various small firms.

Turkey’s President Erdogan has been condemned internationally for a huge purge of state institutions after rogue military officers tried to topple him a year ago.

More than 50,000 people have been arrested since 15 July, 2016, including more than 170 journalists and many opposition politicians, academics and activists.

Turkey’s detention of Deniz Yücel, a German-Turkish journalist with the Berlin daily Die Welt, is another sore point in the two countries’ relations. He was arrested in February on terror charges, which he has denied.